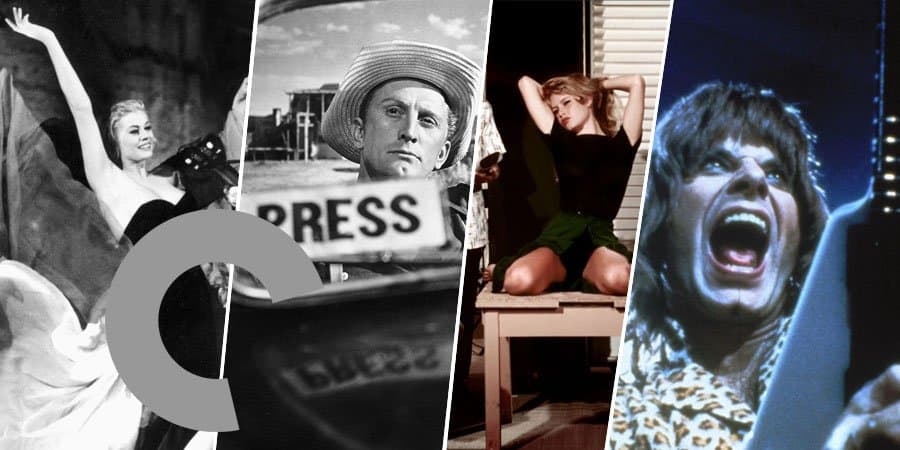 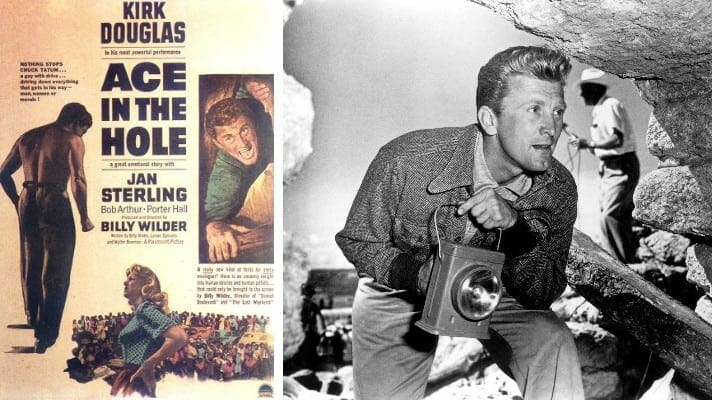 Desny v. Wilder:  Victor Desny claimed he pitched an idea for a movie based on the story of Floyd Collins to Billy Wilder, who then made the story into “Ace In The Hole.”  Desny won the lawsuit and Wilder settled the case for $14,350.  READ THE LAWSUIT.

The next Criterion movie is the french melodrama And God Created Woman.  Roger Vadim’s movie was met with harsh condemnation from the church and the censor boards that policed theatrical exhibition at the time.  This led to three court cases after And God Created Woman was deemed obscene and illegal to screen to the public by numerous censor bodies.  READ THE LAWSUITS.

Josi W Konski v. Danish Film Directors:  This case is centered around the US and Canadian distribution rights to Babette’s Feast, which is the topic of dispute.  One of the companies claiming ownership of the movie formed a distribution deal with The Criterion Collection, which prompted this lawsuit from the other.  The case was privately settled and the movie is out on Criterion for sale.  READ THE LAWSUIT.

A New York Jury Condemned ‘I Am Curious (Yellow)’ as Obscene

United States v. A Motion Picture Film entitled I Am Curious – Yellow:  Another case of obscenity charges, this time a New York jury condemned I Am Curious (Yellow) as an obscene picture.  The charges were deemed unlawful and eventually reversed.  READ THE LAWSUIT.

Canal+ Sues to Stop Another Adaptation of Public Domain Book

Douglas Canal + Image UK Ltd. v. Lutvak:  Canal + is the owner of the film Kind Hearts and Coronets, which is based on the public domain book Israel Rank: The Autobiography of a Criminal.  More than half a century later, Canal has sued to prevent another film adaptation of the novel.  The problem is — Canal seeks to assert monopolistic control over a book that they did not create, and which is indisputably in the public domain.  Canal lost this frivolous case.   READ THE LAWSUIT.

Cohen v. Paramount Pictures Corp.:  Medium Cool, starring the late, great Robert Forster is the next Criterion movie.  The owner of the copyright to the song “Merry-Go-Round” licensed the rights to the song to Paramount for theatrical and TV exhibition of Medium Cool.  When the license was arranged in the late 1960’s, the VHS home video market had yet to exist and this lawsuit was launched when Paramount used the song in the 1980’s VHS release.  Paramount lost the case and could not distribute the movie with the unlicensed song.  READ THE LAWSUIT.

Did Hitchcock’s “Rebecca’ Rip Off a Published Confession Story Called ‘I Planned to Murder My Husband’?

MacDonald v. Du Maurier:  Edwina Levin MacDonald wrote a published confession story called “I Planned to Murder My Husband” and claimed that the novel and the Hitchcock movie “Rebecca” copied her work.  The defendants, including David O. Selznick won the case.  READ THE LAWSUIT.

Mann v. Columbia Pictures, Inc.:  Bernice Mann wrote a 29-page story outline called “Women Plus” which she submitted for Columbia’s consideration as the basis for a motion picture. She contends that her outline was accepted by Columbia, and used in the movie “Shampoo.”  A jury awarded Bernice Mann $185,000.  READ THE LAWSUIT.

Did ‘The Blob’ Rip Off the Short Story ‘Slime’?

Brennan v. Paramount Pictures Corporation:  The author of a short story called “Slime” launched this lawsuit claiming that “The Blob” ripped off his work.  The Blob won this case.  READ THE LAWSUIT.

Briarpatch Ltd. v. Geisler Roberdeau:  This decade plus long lawsuit boiled down to a rights dispute to Terrence Malick’s The Thin Red Line.  Phoenix and Briarpatch Film Corp. jointly acquired the rights to the film project in 1996 and then Briarpatch claimed full ownership of the movie — and launched an expensive suit that ended with them liable for a decades worth of attorney fees for both parties.  READ THE LAWSUIT.

Century of Progress Productions v. Vivendi S.A.:  The four creators of This Is Spinal Tap have sued Vivendi over profits, since the four creators’ share of total worldwide merchandising income between 1984 and 2006 was just $81 (eighty-one) dollars. Between 1989 and 2006 total income from music sales was $98 (ninety-eight) dollars. Harry Shearer, Christopher Guest, Michael McKean and Rob Reiner seek $400 million in unpaid profits.  The case is currently open with settlement negotiations ongoing.  READ THE LAWSUIT.

Almodóvar Sues the MPAA over X-Rating

Miramax v. Motion Picture Association of America, Inc.:  Pedro Almodóvar and Miramax sue the MPAA for slapping the movie Tie Me Up! Tie Me Down! with a X-rating.  They seek a court-imposed modification of the rating from “X” to “R”.  The court sided with the MPAA and the adults only rating remained.  READ THE LAWSUIT.