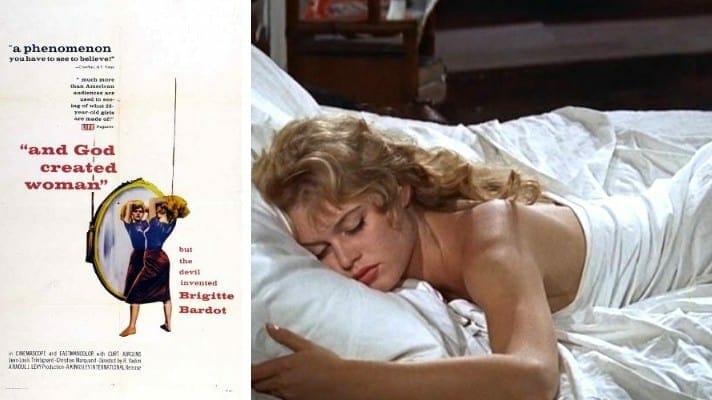 The Providence bureau of licenses for the showing of motion pictures, stated they would under no circumstances approve the film And God Created Woman for exhibition to the public.

Judgment: Entered for the defendants on the three causes of action relating to the picture “And God Created Woman”.

The plaintiff, Kingsley International Pictures Corporation, of New York instituted this suit in equity in the court below against Victor Blanc, District Attorney of the City and County of Philadelphia, seeking an injunction, preliminary until hearing and thereafter permanent, to restrain the defendant from interfering with the commercial exhibition of a motion picture entitled And God Created Woman.

The plaintiff corporation is the exclusive distributor of the film in the United States and had contracted with the respective owners of two motion picture theatres in Philadelphia for their simultaneous exhibition of the film beginning February 5, 1958. Approximately three weeks prior to that date, an Assistant District Attorney, acting under the direction of the defendant, asked the plaintiff for a private showing of the film for his inspection. The complaint alleges that, on January 28, 1958, the Assistant District Attorney, after having viewed the film, informed the plaintiff’s attorney that in the judgment of the District Attorney’s office, the showing of the film would constitute a violation of Section 528 of The Penal Code of June 24, 1939, P.L. 872, 18 PS § 4528, and that, in the event the motion picture was publicly exhibited in Philadelphia, the persons responsible for showing it would be arrested and the films would be seized. Thereupon, the owners of the two Philadelphia theatres notified the plaintiff that they would not exhibit the film under the then existing circumstances, and thus would breach their contract with the plaintiff.

Judgment: The complaint in the instant case unquestionably makes out a case for equitable jurisdiction. Consequently, the court below erred in dismissing the bill. Decree reversed with a procedendo; costs to abide the event.

It was alleged that Kingsley was the sole owner of the right to exhibit a motion picture film “And God Created Woman” in the United States, and that Empire was owner of the rights to distribute the film in the State of Texas, and that Empire had contracted with a theater in Fort Worth to exhibit the picture, but it had been unable to do so because the City refused to issue a permit for such exhibition, without which permit appellants would be subject to the penalties of one of the ordinances. The complaint charged that the ordinances provided for a system of censorship of motion pictures and that the ordinances were, on their face and as interpreted by defendants, in contravention of their rights guaranteed by the First and Fourteenth Amendments of the Constitution.

Judgment: The judgment of the District Court is therefore vacated and the cause remanded for proceedings consistent with this opinion.