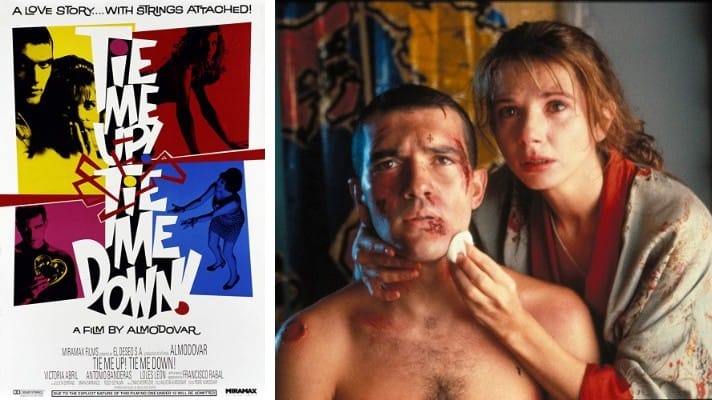 Petitioners Miramax Films Corp. and Pedro Almodovar challenge the “X” rating given their controversial film, “Tie Me Up! Tie Me Down!” by respondent the Motion Picture Association of America, Inc. (MPAA). They seek a court-imposed modification of the rating from “X” to “R”.

The petitioners complain that the classification of “Tie Me Up! Tie Me Down!” as “X” rated runs afoul of the prohibition against arbitrary and capricious conduct. It appears that for the first time the courts have been asked to intervene and address issues previously dealt with by film critics and the motion picture industry regarding the fairness and methodology of ratings given films by the dominant film rating organization in this country.

Judgment: Plaintiff’s petition is dismissed and the relief sought denied.

tie me up lawsuit