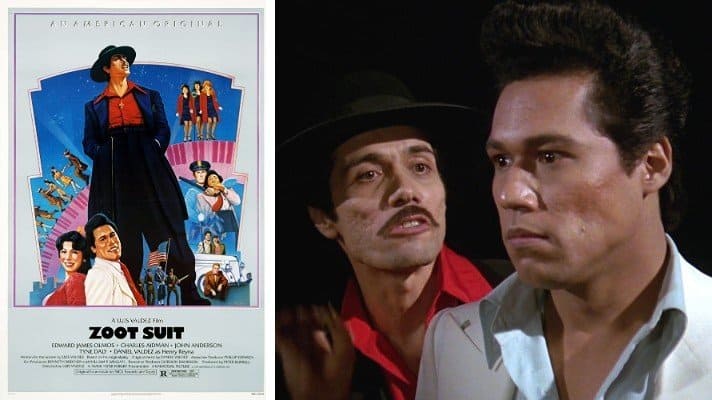 This is an action for defamation, invasion of privacy, intentional and negligent infliction of emotional distress arising out of the portrayal of the character “Bertha” in the motion picture “Zoot Suit.” Plaintiff, Bertha Aguilar, claims she is the character “Bertha” and that she is falsely portrayed in the film as “a fornicating woman of loose morals.”

The motion picture “Zoot Suit” is a work of fiction based on the sensational 1942 Sleepy Lagoon murder case and the ensuing “zoot suit” riots.  The Sleepy Lagoon case involved 22 Mexican-Americans charged with murder after a man was found dead following an altercation at a party near a lover’s lane in Los Angeles known as Sleepy Lagoon.  Twelve of the defendants were convicted of murder in the well-publicized trial. Their convictions were overturned on appeal.

“Zoot Suit” focuses on the activities, trial, imprisonment and appeal of four of the Sleepy Lagoon defendants. The screenplay was adapted by Luis Valdez from his play of the same name. Mr. Valdez is a defendant in the present case along with Universal City Studios, Inc. and the Pacific Cinerama Dome Theater.

The gist of Ms. Aguilar’s libel complaint is that the character “Bertha” is depicted as unchaste. This allegation is based on a single reference to “Bertha” which implies she had had sexual relations with another character in the back seat of a car. Ms. Aguilar also contends the film invaded her privacy by exposing “unsavory incidents” from her past.

Judgment: Granted in favor of Universal on all causes of action.