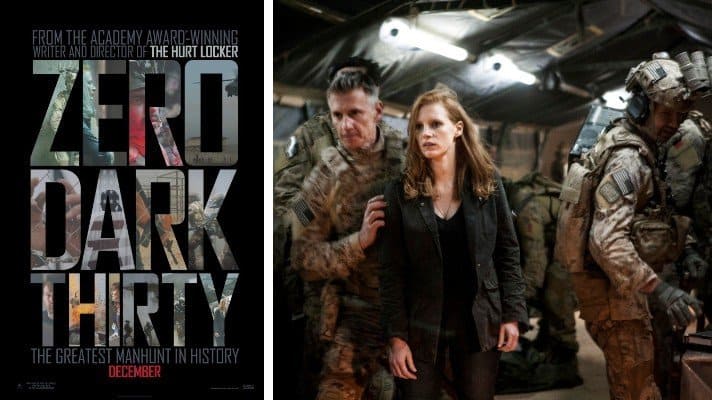 In researching the film that became “Zero Dark Thirty”, two filmmakers spoke with government officials about the search for Osama Bin Laden and the raid on his compound in Abbottabad, Pakistan. The Central Intelligence Agency arranged for the filmmakers to meet with four of its officers who played a role in planning the raid. A Department of Defense official offered to introduce them to a U.S. Navy SEAL who was also involved in the planning. The filmmakers were told the full name of the Navy SEAL, and the first names of the CIA officers.

Judicial Watch, a non-profit organization that promotes government accountability, submitted a Freedom of Information Act (“FOIA”) request for all records of CIA and Department of Defense communications with Kathryn Bigelow and Mark Boal, respectively the director and screenwriter of “Zero Dark Thirty”. Judicial Watch also requested all records of communications with “Megan Ellison and/or any other officer or employee of Annapurna Pictures, the financiers of the film” and “all records concerning, regarding or related to the upcoming film” itself.  The agencies produced most of those records, some of which were redacted in places, and withheld others, primarily on the grounds of attorney-client privilege. Judicial Watch does not challenge the withholdings. The only redactions that it challenges are the names of the SEAL and the CIA officers.

Judicial Watch concedes that the names of those individuals would normally be exempt from disclosure. But the organization argues that the government placed their names in the public domain by revealing them to the filmmakers, and now must provide that information to anyone who requests it.

Judgment: Although it touches upon matters of considerable public concern, this case presents an exceedingly narrow question: whether a FOIA requester that knows information has been disclosed to a private party is necessarily entitled to that same disclosure. Under the law of this circuit, the answer to that question is “No.” Otherwise exempt information does not enter the public domain unless it becomes “truly public,” which the names at issue here have not. Because the plaintiff has not carried its “burden of pointing to specific information in the public domain that duplicates that being withheld,” the government’s motion for summary judgment will be granted.