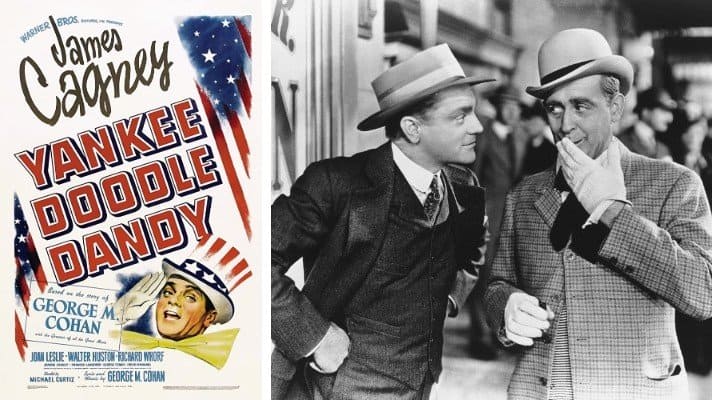 The plaintiff, Ethel Levey, claiming that her right of privacy has been violated by the production and exhibition of the motion picture ‘Yankee Doodle Dandy’ by the defendant, Warner Bros. Pictures, Inc., brought this action under the Civil Rights Law of the State of New York, Consol. Laws, c. 6, to recover damages and to enjoin the further distribution and exhibition of the picture in this state in its present form.

In 1941 the defendant obtained the consent of George M. Cohan in writing, to produce and exhibit a motion picture based on his life and experiences and the right to use therein plays, songs and music written and composed by him.

In 1942, thirty-five years after the divorce between the plaintiff and George M. Cohan, the defendant produced and exhibited the movie “Yankee Doodle Dandy” which was, as the plaintiff in her complaint characterizes it, “a dramatic and fictional biographic presentation of the life of one George M. Cohan, one of the foremost and successful actors, playwrights, composers, directors and theatrical producers of the early twentieth century and for many years thereafter.”

Judgment: The motion picture does not sufficiently portray or picture the plaintiff to justify the conclusion that the defendant violated any right of privacy afforded her by the Civil Rights Law. The defendant accordingly is entitled to a decree dismissing the complaint.