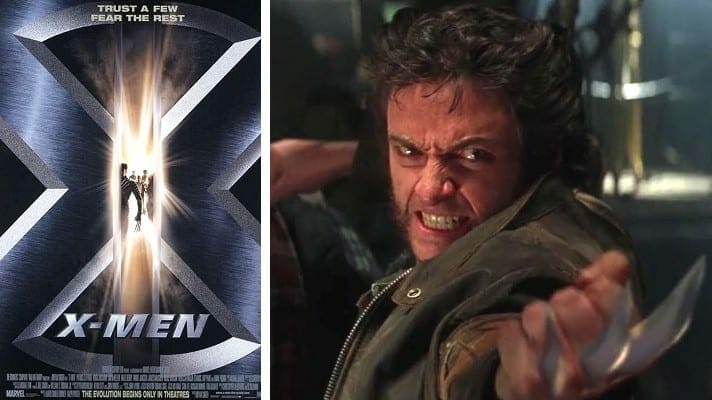 In October 1993, Fox and Marvel entered into an agreement pursuant to which Marvel licensed to Fox the exclusive right to create, produce, distribute and market theatrical motion pictures based on the “X-Men Property”.

Following the 1993 Agreement, Fox spent nearly seven years developing “a story that offered the excitement of mutant superheroes, yet also addressed serious issues of intolerance and bigotry toward them in an entertaining way.” In 1999, Fox began shooting an X-Men film, and, in June and July 2000, launched an extensive media promotional effort as part of a $90 million campaign to “market and distribute `X-Men’ theatrically using distinctive imagery and messages.”  As part of its publicity efforts, Fox created and released numerous theatrical and television trailers, which featured clips from the film. On July 14, 2000, Fox released the theatrical motion picture “X-Men” to national audiences.

Fox estimates that the X-Men film has since generated $290 million in gross receipts from sales in the United States and abroad, grossed “tens of millions of dollars more” from sales of videotapes, digital versatile disks (DVDs), and associated merchandising, and that it will net a profit of approximately $160 million.  Fox also estimates that Marvel will receive approximately $6 million over the life of the film from “back end contingent compensation.”

In or about July 2000, as the X-Men film was being marketed and distributed, Marvel developed the idea for a live-action television series called Mutant X.  The show was promoted as “based on the box office smash, X-Men,” and makes reference to “X-Men The Movie” in connection with its $300 million in gross revenue and home video/DVD sales of $50 million “in its first weekend alone!”  Marvel also created certain a sales presentation videotape for the Mutant X series that appropriated clips from Fox’s copyrighted X-Men film and/or trailers, which, according to Fox, creates an association between the new series and the film.

Fox filed the instant action, by order to show cause, on April 10, 2001, alleging claims for (i) breach of contract against Marvel; (ii) breach of the implied covenant of good faith and fair dealing against Marvel; (iii) tortious interference with contractual relations against Tribune and Fireworks; (iv) unfair competition and/or false designation of origin under Section 43(a) of the Lanham Act, 15 U.S.C. § 1125(a), against all defendants; (v) copyright infringement, pursuant to 17 U.S.C. § 101 et seq., against all defendants; (vi) deceptive trade practices, pursuant to New York General Business Law § 349, against all defendants; and (vii) common law unfair competition against all defendants.  Within minutes of the filing of Fox’s Complaint, Marvel filed a reciprocal declaratory judgment action against Fox, and the two actions were thereafter consolidated. Fox filed an Amended Complaint on May 16, 2001.