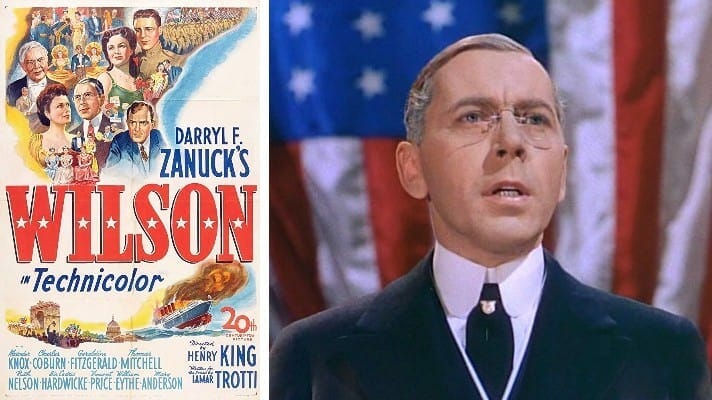 This is an action for damages for infringement of a copyrighted play and for an accounting by defendant.

In 1929, a copyright was issued to plaintiff covering a play entitled “Woodrow Wilson”. This play was never published or produced. Between 1942 and 1944 defendant made a motion picture called “Wilson”, and this picture was publicly distributed some time after 1944. Both the play and the motion picture attempt to portray events in the life and times of the late President Woodrow Wilson.

Insofar as these two works deal with President Wilson’s public policies, both focus attention on the events leading up to the participation of the United States in World War I, the postwar struggle over the peace treaty, the creation of the League of Nations, and the attitude of the United States toward adherence to the League. While the motion picture development of Wilson’s war and peace policies makes use of many of the historical episodes that plaintiff used in his play, no claim is made that the general similarity of the development of this theme infringes plaintiff’s copyright. Instead, plaintiff contends that defendant copied or made use of the manner in which plaintiff developed certain scenes and that the situations and language in these scenes are protected by the copyright.

Judgment: Complaint dismissed on the merits. Under the statute, defendant is entitled to counsel fees.