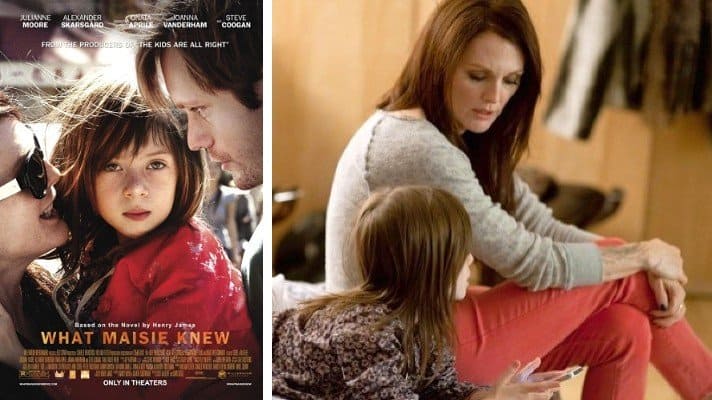 This is a classic “libel in fiction” lawsuit arising out of the film, “What Maisie Knew”, which is about a young girl whose unmarried parents are engaged in a bitter custody battle for her. The mother character, Susanna, is a musician and singer who is a monstrously bad mother. Indeed, in press interviews, Julianne Moore, who plays Susanna, has described her character as an abusive mother who neglects her child. And on the Directors’ Commentary which is a special feature on the DVD of the Film, one of the directors of the Film states, “Susanna was such a bad mother” – at which point, he and his co-director start laughing.

If Susanna had been an entirely fictional character, this lawsuit would never have been filed.  But that is not the case. Cartwright, who co-wrote the screenplay of the Film, has admitted that it is closely based on his own first hand personal experience of a lengthy and acrimonious battle for the custody of his daughter, Sarah. Susanna is a thinly disguised portrait of his antagonist in that battle: Sarah’s mother – the musician and singer, Ronee Sue Blakley. The primary thrust of this lawsuit is therefore very simple: Cartwright wrote the screenplay to further his own feelings of hatred for Blakley by maliciously and falsely portraying her as a selfish and uncaring mother, when in fact she was a devoted and loving parent. This false depiction of Blakley has damaged her reputation and caused her to suffer severe emotional distress.