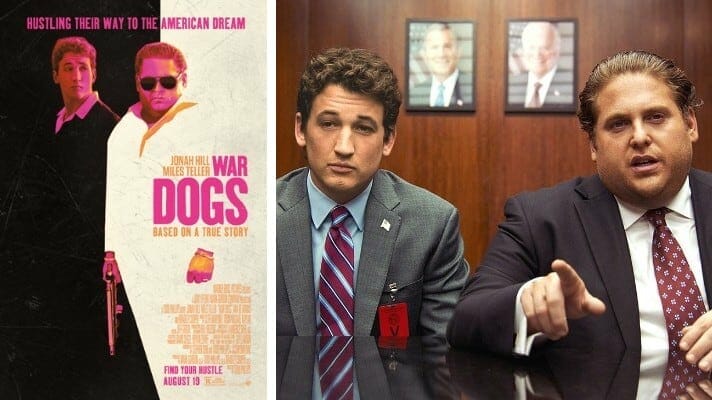 Plaintiff Incarcerated Entertainment, LLC owns the rights to the life story of Efraim Diveroli. In this action, Plaintiff sues Defendant Warner Bros. Pictures for false advertising and unfair competition, based on Warner’s promotion of the movie War Dogs as the “true story” of Diveroli’s path to becoming an international arms dealer.

By February 2014, Diveroli’s own manuscript, Once a Gun Runner, was sufficiently complete for Plaintiff to market the movie rights. Diveroli’s business partner, Ross Reback, contacted a number of producers and studios, including Warner.  Although Warner considered the proposal, Warner eventually declined to pursue a consulting arrangement with Diveroli. Instead, Warner retained David Packouz as a consultant and enlisted Guy Lawson as a producer.

The gravamen of the Complaint is that Warner grossed more than $85 million by promoting War Dogs as Diveroli’s “true story” when it was not the true story. As the owner of the rights to Diveroli’s story, Plaintiff alleges that it has been effectively shut out of the marketplace because consumers are more likely to purchase a ticket to War Dogs than to purchase Diveroli’s memoir, Once a Gun Runner.

The Complaint identifies a number of allegedly false advertisements, including statements in movie trailers, social media posts, and promotional interviews with War Dogs’ director, Todd Phillips, screenwriter Stephen Chin, and stars Jonah Hill, Miles Teller, and Bradley Cooper.  For instance, Jonah Hill stated that War Dogs is “one of the craziest movies I’ve ever been in — in a great way. And it’s all true.”  Miles Teller told interviewers on multiple occasions, “these are real people” and “real guys who are still alive.”  Stephen Chin stated that he wanted to be “deeply true to their story.”  Todd Phillips explained that “we certainly tried to follow what happened as closely as possible I think. If you know the story at all, we pretty much stick to the facts as much as we can.”

In Counts I and III of the Complaint, Plaintiff asserts violations of the Lanham Act, 15 U.S.C. § 1125(a)(1)(B), which creates a civil cause of action against “[a]ny person who … uses in commerce any … false or misleading representation of fact, which … in commercial advertising or promotion, misrepresents the nature, characteristics, qualities, or geographic origin of his or her or another person’s goods, services, or commercial activities.” In Counts II and IV, Plaintiff brings state-law claims for unfair competition pursuant to Florida’s Deceptive and Unfair Trade Practices Act (FDUTPA), Fla. Stat. § 501.204(1), which prohibits “unfair methods of competition, unconscionable acts or practices, and unfair or deceptive acts or practices in the conduct of any trade or commerce.”

Judgment: It is ORDERED that Defendant’s Motion to Dismiss is DENIED.