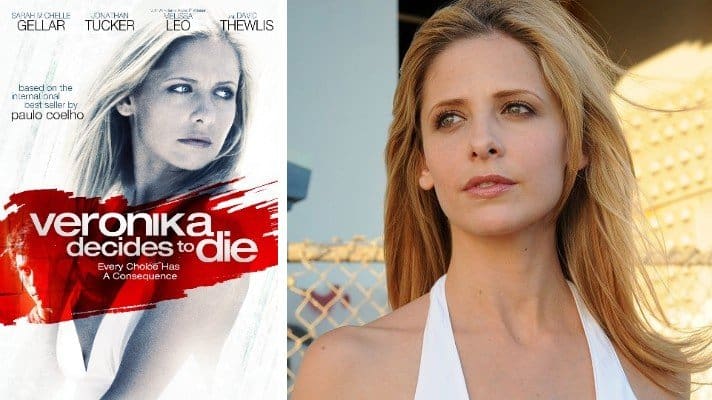 Plaintiff Future Films, is a film finance and production company. Defendants Das and Jonathan Bross are film producers who acquired the rights to produce a motion picture entitled “Veronika Decides to Die”. Future alleged that pursuant to a loan agreement, it lent over $4 million to an entity known as VDD Productions, which was controlled by defendants, to produce the Film. The Loan was to be repaid by September 2009.

The Film was produced and released in certain foreign territories, but the Loan was not repaid. By letter dated October 12, 2009, Future notified defendants that the Loan was in default, and that Future would be enforcing its rights under the power of sale in the Loan. The power of sale authorized Future to lease, license, sell or otherwise dispose of the Film and related distribution rights, and to enter into those agreements it deemed appropriate. Future took over control of the Film, and attempted to minimize its losses by arranging to have the Film distributed worldwide. Defendants were aware of Future’s actions.

Defendants, however, preferred the Film be released theatrically in North America because that would benefit their individual careers. Future disagreed with this course of action because it wanted the most profitable distribution deal it could get. Nevertheless, in late 2009 or early 2010, defendants advised Future that a distributor named First Look was willing to distribute the Film in North America and was offering to release the Film theatrically and through other channels (television, home entertainment).

On June 25, 2010, Future entered into a contract with Phase 4 Films, Inc. to distribute the Film in North America commencing in February 2011.  The Phase 4 contract did not provide for a theatrical release, and thus had less “vanity appeal” for defendants, but was potentially more profitable for Future because Future would receive a substantially larger percentage of receipts from the Film than it would under the First Look deal. Future believed defendants knew of the Phase 4 contract. Future also asserted that when defendants learned that Phase 4 was planning to distribute the Film, they conspired to induce Phase 4 to breach the Phase 4 contract.

On February 18, 2011, Das emailed Dan Wanamaker, an executive at Phase 4, with a copy of the email to defendant Bross, and asserted that defendants controlled the Film and they had not consented to its release. Das specifically stated that, “[Bross] and I are the producers, an entity controlled by us is the rightsholder of the film, and we have not consented to this proposed release.” Plaintiff alleged the email was sent as part of the conspiracy to cause Phase 4 to breach the Phase 4 contract.

By letter dated March 9, 2011, Future informed defendants that their conduct constituted wrongful interference with Future’s rights and relationships, and demanded that defendants inform Phase 4 their assertions in the February 18 email were a mistake.

However, Future asserted that defendants in fact knew that Future possessed all of the necessary copyrights in the Film which would entitle it to enter into distribution agreements for the Film, and that the film could be released in North America without the license and correct credits. As a result of defendant’s February 18 email and their failure to acquire the license or to provide a print that contained the correct credits, Phase 4 declined to distribute the Film.

Plaintiff’s initial complaint stated two claims for relief: intentional interference with contractual relations and declaratory relief. Future alleged that because of defendant’s false claims that they controlled the Film, Phase 4 declined to distribute the Film, and defendant’s conduct constituted interference with contract. Plaintiff also sought a declaration that defendants had no right to interfere with Future’s right to determine how the Film was distributed by selecting a distributor in each available territory.

Judgment: Plaintiff is to recover its costs on appeal.