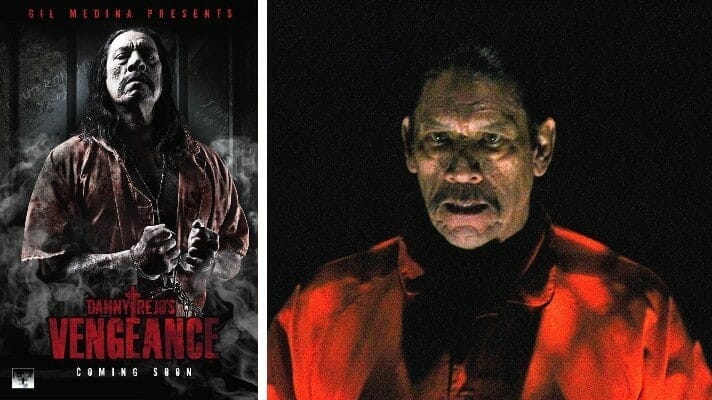 This dispute arises from a failed business relationship between Gil Medina and his erstwhile friend and alleged unwitting mark, actor Danny Trejo.  Defendants allege Medina purported to gain complete control of Danny Trejo’s career, through an “acting agreement.”  The Acting Agreement states that Trejo agrees to be the starring actor in a would-be franchise called ‘Jack’s Law’ (aka. Vengeance) films 1-5.  The Agreement purports to prohibit Trejo from “playing any vigilante characters that may hurt the ‘Jack’s Law’ films/properties or any films that may be similar to ‘Jack’s Law’ to the public.”

In the instant lawsuit for tortious interference, unjust enrichment, unfair competition and negligence, Plaintiffs allege that Defendants Hinojosa and AEFH, Trejo’s talent agents, conspired with Defendant Robert Rodriguez to copy and interfere with Plaintiffs’ “Vengeance” franchise by releasing two films entitled “Machete” and “Machete Kills.”  Plaintiffs further allege that Hinojosa and AEFH: (1) interfered with an alleged digital marketing campaign for the Vengeance franchise featuring Steve Wozniak, the co-founder of Apple by notifying him that Plaintiffs did not have a valid contractual relationship with Trejo; and (2) interfered with Plaintiffs’ relationships with “potential exhibitors and distributors” of the initial Vengeance film. Plaintiffs allege that as a result of Defendants’ actions, their plans to market and release “Vengeance” were “damaged” and that they lost “millions of dollars in revenues.”

Judgment: The Plaintiff’s case is Dismissed. Defendants’ claim for attorney fees is Denied.