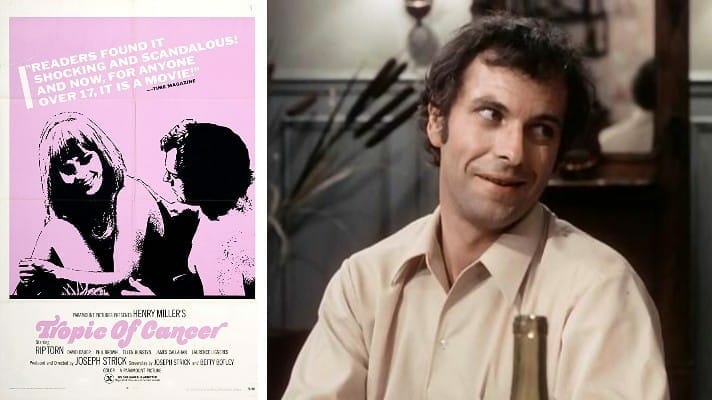 In this suit challenging the legality of the Motion Picture Code and Rating Program adopted in 1968 by major trade associations within the motion picture industry, the plaintiff moves for preliminary relief. The cast of characters consists of:

Paramount Pictures Corporation, a producer and distributor of motion pictures. Paramount owns the remaining 50 percent of the film “Tropic of Cancer.”

Tropic sues for injunctive relief against all parties defendant and for treble damages against MPAA. The present application is for a preliminary injunction restraining defendants from carrying on an asserted industry-wide refusal to deal in and distribute, advertise and exhibit plaintiff’s film “Tropic of Cancer” without an “X” rating affixed to it and to its advertising. The complaint alleges that defendants and co-conspirators have conspired to refuse to exhibit, distribute or advertise the film without such a rating affixed.

In 1968 (under date of July 30 but signed November 19) Strick, on behalf of “a company to be designated by him” (which in fact is Tropic Film Corporation), entered into an agreement with Paramount for the production and distribution of a motion picture based on Henry Miller’s novel Tropic of Cancer. The picture was produced in accordance with the terms of the contract. Paramount financed the film, which cost approximately $1,750,000, $400,000 of which was paid to Strick and is not recoverable by Paramount. In early 1970 the film, which was produced abroad, cleared United States Customs and was presented for rating to the committee established under the Program for that purpose. The committee rated the film X, and it has been distributed and advertised with an X rating affixed.

The effect of the X rating: Tropic-Strick contend that the X rating is misleading viewers to believe that “Tropic of Cancer” is not a work of art and that the X mark has come to constitute a stigma.  Other than the permanent injunction which it seeks, the complaint demands only money damages, based on alleged loss of revenues assertedly flowing from the showing of “Tropic of Cancer” under an X rating.

Judgment: The motion for a preliminary injunction is denied.