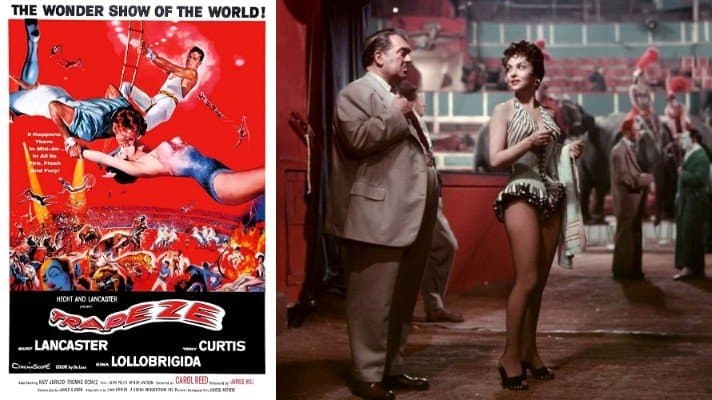 The complaint alleges as follows: That between March 1944 and January 1948 the plaintiff conceived, originated, and wrote a new and original manuscript titled “No Alternative.”  During 1948 she contacted defendant Ben Medford, a writer’s agent in Beverly Hills, and relinquished the manuscript to him upon his promise to submit it for revision to defendant Max Catto, a writer. On several occasions thereafter Medford informed her that he has having no success in selling the manuscript to a studio to be adapted into a movie.

In 1950 a book titled “The Killing Frost,” written by defendant Catto was published and the plaintiff alleges that this book was copied largely from her manuscript.  The book was then adapted into a major motion picture ‘Trapeze’ starring Burt Lancaster, Tony Curtis and Gina Lollobrigida — which plaintiff claimed also infringed her work.

Judgment: Summary judgment in favor of the defendants.