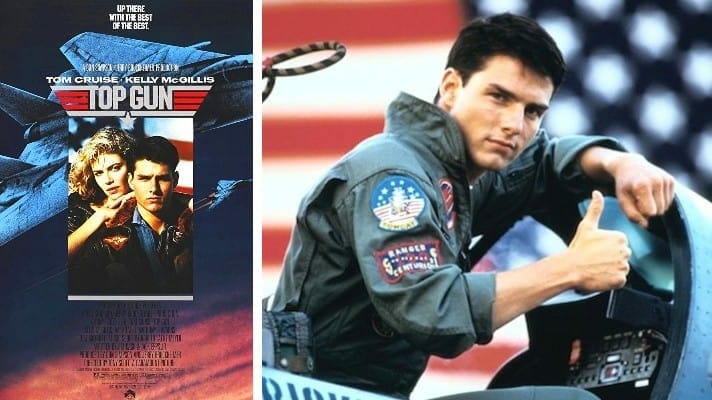 Defendant Zamperla, Inc., sells amusement rides, recreational goods and game machines. One of Zamperla’s products, the subject of this lawsuit, is a participatory ride, known as “TOP GUN”, which combines the typical circular and/or vertical motion of an amusement ride with a video game.

In November, 1987, at a trade show in New Orleans, Zamperla sold one such ride to Dorney Park Coaster Company, which maintains its principal place of business, the operation of an amusement park, in Allentown, Pennsylvania. The ride was installed in time for the 1988 summer season at Dorney Park, and it thus became the only amusement park in the United States to operate a ride of this type.

As the result of a letter received from a Dorney Park employee in June, 1988, Paramount became aware of the Top Gun ride and addressed letters to both Zamperla and Dorney demanding that they cease and desist from using the name Top Gun and a design on the center portion of the ride, as installed at Dorney Park, which Paramount characterized as a copy of the distinctive logo developed in connection with the movie and included on various goods distributed by Paramount licensees.

Paramount subsequently filed suit against Dorney and Zamperla and moved for a preliminary injunction. Paramount’s claims are based upon 15 U.S.C. § 1125(a), a portion of the trademark laws which prohibits a false designation of the origin of goods or services and is, in effect, the federal statutory counterpart to common law actions for unfair competition. In addition, Paramount has asserted a claim under the copyright laws, 17 U.S.C. § 101, et seq. and pendent state law claims under the statutory and common law of Pennsylvania for trademark infringement, unfair competition and dilution.

Defendant Zamperla, Inc., together with its officers, directors, agents, employees, successors, assigns and all those controlled by them, or in active concert or participation with them are, until further order of this Court, ENJOINED

(1) From reproducing, copying, colorably imitating or otherwise using in any way in connection with defendant’s business or services, Paramount’s “Top Gun” trademark;

(2) From using in any way in connection with its business or services any other name, artwork, logo or trademark so similar to Paramount’s trademarks as to be likely to cause confusion, to cause mistake or to deceive;

(3) From using, licensing or authorizing others to use Paramount’s trademarks in any manner which suggests an association with or sponsorship by Paramount;

(5) From trading on Paramount’s name and mark, reputation and goodwill;

(6) From passing off defendant’s services as those of Paramount;

Plaintiff has brought this declaratory judgment action seeking the court’s determination that it has not infringed upon any valid trademark rights and/or copyrights possessed by defendants. Defendants respond and contend that dismissal or transfer of plaintiff’s action against defendant Famous Music is appropriate.