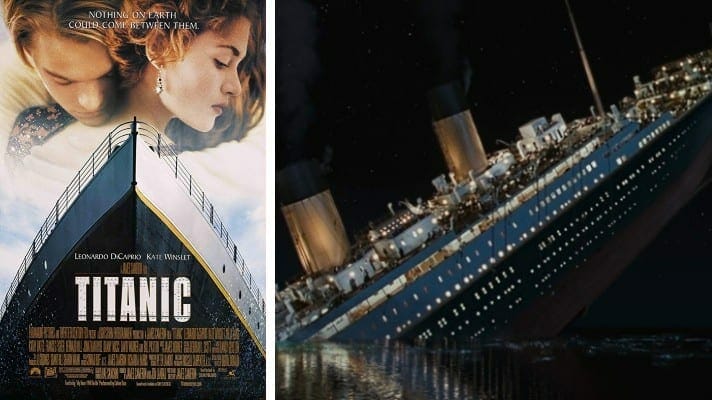 The Complaint alleges that the 1997 motion picture “Titanic” was copied from the unpublished biographical works of Plaintiff Princess Samantha Kennedy. The Complaint alleges that, prior to April 1993, Plaintiff Kennedy “created three work-in-progress scripts for an original motion picture entitled, `My Daddy Was a Whistleblower’ … and `Missing Pieces.'”

Judgment: The Complaint is dismissed with prejudice.

In 1996, Plaintiff, a Los Angeles County resident professionally known as “Abrax Lorini,” went to a casting call and was hired for sixty dollars per day to be an extra in the motion picture entitled “Titanic.”  When Plaintiff arrived on set, the film’s director, James Cameron, cast Plaintiff into the role of “Spindly Porter,” for which Plaintiff eventually spent an additional ninety days filming under Cameron’s direction. Plaintiff contends that because he was hired as an extra, he did not sign a work-for-hire agreement, nor was he an employee.  He was not an industry union or guild member. Plaintiff’s performance was included in the final version of the film. From its many domestic and international releases, Titanic went on to earn over two billion dollars in gross for Defendants Twentieth Century Fox and Paramount Pictures.

Subsequently, Defendants Earthship, Lightstorm, Walden, and Disney produced a film called “Ghosts of the Abyss,” which also contained Plaintiff’s Titanic scenes.  That film generated over thirty million dollars in gross.  According to Plaintiff, whether or not a film uses performers who are existing and/or prospective members of a union, determines whether those performers may be entitled to payments for the results of their performances, including residual payments and foreign royalties. Plaintiff alleges that Defendants collectively failed to notify him of the entitlements to compensation, to use of his image, and to residuals and/or foreign royalties that his upgraded “principal performance” earned him.  Accordingly, Plaintiff alleges five causes of action under California law: (1) Fraud by Concealment; (2) Right of Publicity; (3) Common Law Appropriation of Likeness; (4) Unfair Business Practices; and (5) Unjust Enrichment.

Plaintiff alleges: Throughout the years (1995 to present) including to date, the Defendants, all, have used (Plaintiff’s) name/image/likeness/words/photograph/ideas/life history and life story/other originating with ONLY the Plaintiff, to promote themselves, and/or the (motion picture “Titanic” made by James Cameron, and Lightstorm Ent. Inc., and the Defendants all)/any subsequent re-release of same, including and specifically, the character of “Jack Dawson” which is based solely/wholly/only, on myself, Stephen Cummings, this lone sole Plaintiff. As is the (entirety of the interpersonal story line of the film, and other of the fictional characters ((such as “Rose”), -which are based wholly, solely, and only, on only the (interactions of myself this Plaintiff, with various Women, up to completion of the screenplay/and-or release of the film in 1997))).

Judgment: The Complaint is DISMISSED with prejudice.

Pro se plaintiff John Jorgensen brought this copyright infringement action claiming that the song, My Heart Will Go On, performed by Celine Dion on the soundtrack to the film “Titanic”, infringed upon his copyrighted work Long Lost Lover.

Judgment: There is “nothing to support [an] allegation of a striking similarity” between Heart and Lover in this case.  Defendant’s motion for summary judgment is granted.