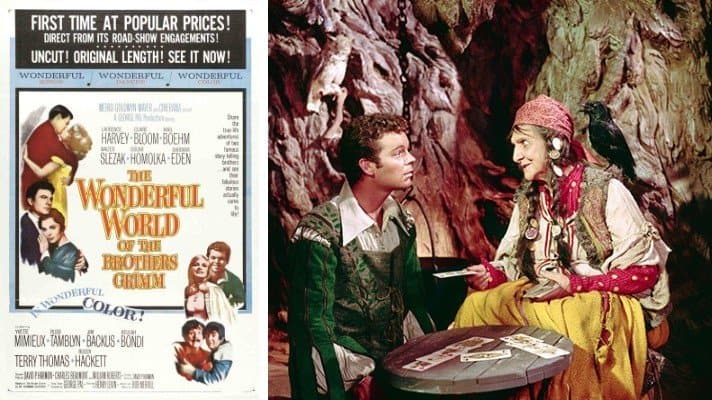 The complaint alleges that a certain picture, currently in production and three-fourths completed, is based on the lives and works of the Grimm brothers which are literary matters in the public domain. The phrase “The Wonderful World Of The Brothers Grimm,” an original and fanciful creation of plaintiffs, has been finally adopted by plaintiffs as the title for their movie. They have widely publicized this title in newspapers, magazines and trade journals throughout the United States. The selection of this title was inter alia for the purpose of distinguishing plaintiffs’ photoplay from other photoplays or literary works derived from the same source.

The complaint further alleges that defendants, intending to release a picture entitled “Grimms Fairy Tales,” a film produced in Germany over six years ago, placed an advertisement in the Hollywood Reporter, a trade journal in the film industry, which adopted the phrase “Wonderful World” as an advertising slogan. This advertisement reads: “A Wonderful World of the Grimm Brothers is depicted in Grimm Brothers ‘Grimms Fairy Tales’ wide-screen and color soon to be released by Monte Lee Enterprises.”

Plaintiffs claim this advertisement capitalizes and trades on the publicity given to their production and is likely to confuse and mislead the public to plaintiffs’ irreparable injury.  MGM seeks an injunction against defendants’ advertising of their film and an accounting of profits.

The Wonderful World of the Brothers Grimm lawsuit