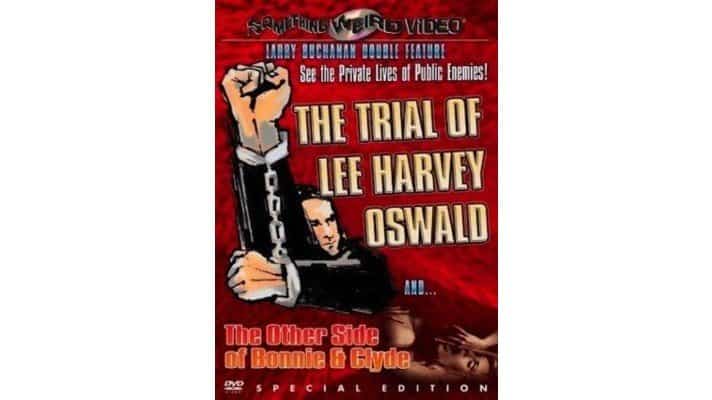 In 1964, following the assassination of President Kennedy, Falcon produced a film entitled “The Trial of Lee Harvey Oswald” based upon the legal proceedings which might have occurred had Oswald not been murdered. The film was publicized in cities throughout the nation and advertised in the entertainment sections of several large newspapers including the New York Times and Daily Variety. The world premiere was held on April 22, 1964 at Milwaukee, Wisconsin where some 6,000 persons viewed the film. In the following weeks several thousand others viewed the film. The film was not a commercial success and was indefinitely withdrawn from distribution.

In April, 1976, in the midst of a renewed public interest in the assassination, Falcon learned that Charles Fries Productions, a movie production company, and the American Broadcasting Company (ABC) planned on producing and televising a movie by the title of “The Trial of Lee Harvey Oswald”. Although the Fries-ABC film presented its story in a somewhat different format than the Falcon film, it basically depicted the murder trial of Lee Harvey Oswald. Falcon contacted ABC and informed it that Falcon had produced a similar movie in 1964, bearing the same exact title and that Falcon intended to re-release the film.

A short time later, Falcon sold the film to Capital Films. Capital undertook to distribute the movie and engaged several test showings of the film. After it became clear that ABC planned on televising its version bearing the same title, Capital filed suit for injunctive relief which was denied. The Fries-ABC film was televised in two parts in September and October of 1977.

Capital’s initial complaint alleged unfair competition in that the title and concepts had been plagiarized from its film.  On September 5, 1978, after Appellees had filed their motion for summary judgment, Capital filed its second amended complaint which added interference with contractual business relations, misappropriation and implied contract causes of action and alleged additional facts from which these causes of action allegedly arose.

The case went to trial and the District Court granted Appellee’s motion for summary judgment.

Judgment: We VACATE the judgments and REMAND the case for proceedings not inconsistent with this opinion.