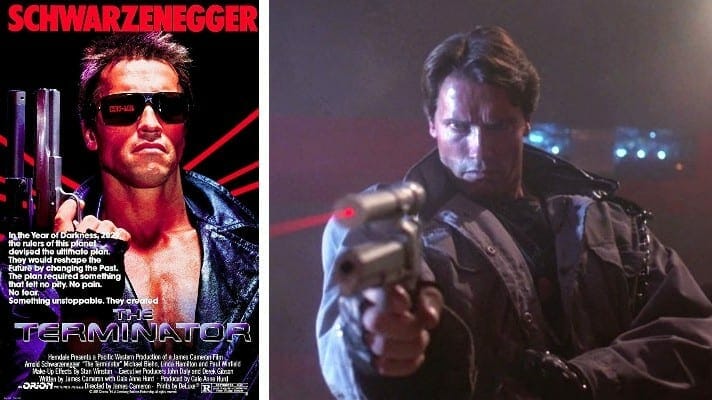 According to Plaintiff Goldberg, James Cameron and Gale Anne Hurd, allegedly misappropriated plaintiff’s copyrighted works and used them in all three movies of the Terminator trilogy.  Plaintiff’s complaint alleges that The Terminator and its sequels somehow infringe plaintiff’s copyrighted work. He implies that these movies are based upon his “Long Live Music” script and that they incorporate portions of his “Heavy Light” soundtrack.

Although Plaintiff alleges that a “secret conspiracy between defendant’s Cameron and Hurd” allegedly began in or around 1981 and 1982, plaintiff states that he was unaware that any copyright infringement of the work had occurred until within three years of filing his complaint because he “had embarked upon a spiritual Yoga path wherein [he] was not only removed from, and shunned, all forms of electronic media and, most certainly, any media and actual exposure to the Terminator movies.”

This trademark declaratory judgment action arises from a dispute over the mark TERMINATOR. StudioCanal, S.A., a French company, owns the famous TERMINATOR® movie franchise and trademarks.  Daniel S. Sinclair, Jr. has owned, since 2008, a business in St. Tammany Parish in which he uses TERMINATOR and also uses a stylized logo incorporating TERMINATOR.

StudioCanal sent a cease and desist letter to counsel for Sinclair, asserting superior rights in its trademark TERMINATOR®.  Five days later, Sinclair sued StudioCanal, seeking a judgment declaring that he has the right to use TERMINATOR as his trademark in connection with his business and that such activities do not infringe or violate StudioCanal’s rights.

Plaintiff seeks a declaratory judgment that defendant Metro-Goldwyn-Mayer, Inc. is not the owner of certain sequel rights in the motion picture entitled “The Terminator.”

The property at issue in this proceeding relates to certain sequel, remake, television, and ancillary rights to future motion pictures in the series. Specifically, MGM claims that it has a “right of first negotiation” for sequel distribution rights, while plaintiff claims that such rights are invalid as a matter of federal and state law. The history of this dispute involves the operation of a series of distribution and licensing agreements involving Orion and negotiated in the mid-1980s, and the effect on those agreements of Orion’s Chapter 11 bankruptcy proceedings in the early 1990s. These agreements and the specifics of the bankruptcy proceedings are outlined below.

Judgment: Dismissal of the complaint.