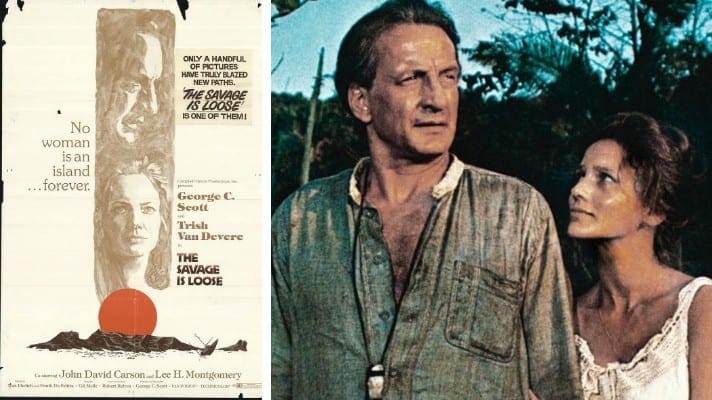 This action arises out of efforts by the actor George C. Scott, an additional defendant to the counterclaims, to utilize a novel plan to distribute “The Savage Is Loose,” a movie he starred in and directed. The plaintiffs are The Savage Is Loose Company and Campbell Devon Productions, Inc. Scott is the sole shareholder in Campbell which, in turn, is the general partner of Company, the producer and owner of the movie. The defendant is United Artists Theatre Circuit, Inc., an exhibitor of motion pictures in theatres operated by it throughout the United States. The plaintiffs claim damages of $30,000,000. for UATC’s alleged breach of an agreement under which Company licensed UATC to exhibit “The Savage Is Loose” at some of its theatres.

The agreement between UATC and Company, entered into on June 27, 1974, was unusual in several respects. It called for the payment of a “flat” license fee by the exhibitor, a departure from the usual movie industry practice requiring payment of a percentage of gross receipts. The agreement, moreover, eliminated the “middlemen” of movie distribution—usually the major motion picture companies—by direct transaction between the film’s producer and the exhibiting theatres. Under the June agreement, Company sold fifty-six prints of “The Savage Is Loose” directly to UATC, and granted UATC the right to exhibit the film at certain theatres in specified territories for the duration of the copyright. In return, UATC was to pay Company a “flat” fee of $685,500.

However, after paying $400,000. of the fee to Company, UATC refused to pay the balance on the ground that Company had allowed Plitt Theatres, another exhibitor of “The Savage Is Loose,” to withdraw from an agreement comparable to the arrangement with UATC.

In March 1975, plaintiffs filed a complaint charging UATC with copyright infringement, breach of contract and conversion of the prints of the movie, and further alleging that UATC and its executive vice-president, Salah M. Hassanein, also a defendant, had conspired to destroy plaintiffs’ business.

The Savage Is Loose lawsuit