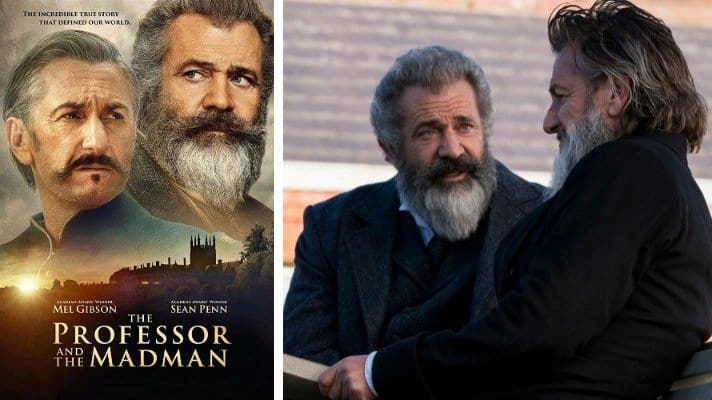 Plaintiff Farhad Safinia is a successful Hollywood writer, producer, and director. Mr. Safinia’s past works include the Academy Award nominated motion picture Apocalypto, which he co-wrote and co-produced with director Mel Gibson.

Mr. Safinia’s latest work is about the origins of the Oxford English Dictionary. In 2016, Mr. Safinia wrote the screenplay for the work, entitled The Professor and The Madman, and subsequently directed the Screenplay into a motion picture. Mel Gibson is cast as professor James Murray, who began compiling the Oxford English Dictionary in 1857 and led the overseeing committee. Sean Penn is cast as Dr. William Chester Minor, who submitted more than 10,000 entries while he was an inmate at an asylum for the criminally insane.

Worse yet, to divert attention from their wrongdoing and further their infringement, Defendants made disparaging remarks about Mr. Safinia. Defendants willfully and maliciously defamed Mr. Safinia with the intent of disparaging his good name and diminishing his standing in his profession.

Following news reports of Defendants’ misconduct in connection with The Professor and the Madman, on or about August 18, 2017, Defendants made the following false statement about Mr. Safinia:

“We had sincerely hoped to have an excellent relationship with Mel Gibson and his company on “The Professor and The Madman,” but Mr. Gibson and the film’s director consistently failed to live up to their professional and contractual responsibilities to Voltage. Voltage intends to vigorously defend itself in the lawsuit and we are confident Voltage will ultimately be fully vindicated.”

Defendants intentionally made and published the false and defamatory statement with actual malice, knowledge of, and/or reckless disregard as to the falsity of those statements because Defendants knew Mr. Safinia has in fact lived up to all his professional responsibilities to Defendants. Moreover, no contract was concluded or signed by Mr. Safinia, on the one hand, and Defendants, on the other. Thus, the assertion Mr. Safinia “consistently failed to live up to” his “contractual responsibilities to Voltage” is demonstratively and patently false.

The Professor and the Madman lawsuit1

The Professor and the Madman lawsuit2