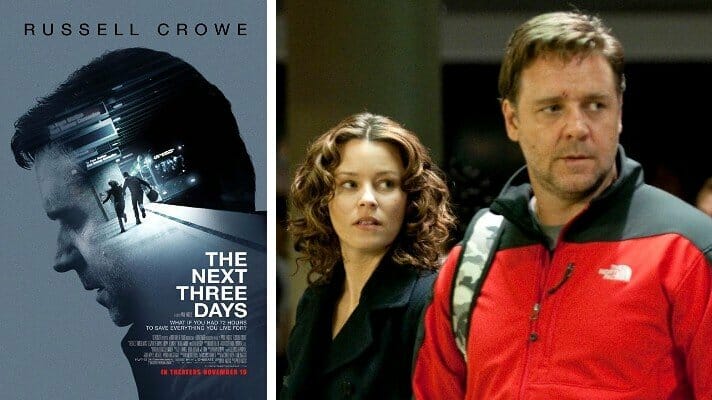 Lionsgate produced and distributed a for-profit a film entitled “The Next Three Days”, in which Plaintiff was depicted as a wanted fugitive along with other known or alleged or fugitives, including Osama Bin Laden.

Plaintiff is not, nor at the time of the movie’s release was, a wanted fugitive, but is currently working and living in Oregon.  An image of Plaintiff was depicted for several seconds in multiple screen shots in “The Next Three Days” which were also used extensively in advertising the movie in the trailer.

Plaintiff does not feel comfortable wearing his hair and facial hair as depicted in the movie for fear of greater connection between the movie and him. Plaintiff’s future gainful employment has been impaired in relation to potential employers that might make the “wanted fugitive” connection portrayed in “The Next Three Days”.

As a direct and proximate result of Defendant’s use of plaintiff’s likeness in their movie, plaintiff has suffered impairment to future earning capacity, damage to his reputation, mental anguish and suffering, humiliation, and embarrassment for which he has incurred no less than $250,000 in economic and non-economic damages.

Further, .01% of the gross sales (currently $51,000) is a conservative and reasonable amount to the profits resulting from the unauthorized use, which profits should be divulged to plaintiff.

Judgment: [Judgement documents are not available]

the next three days lawsuit01