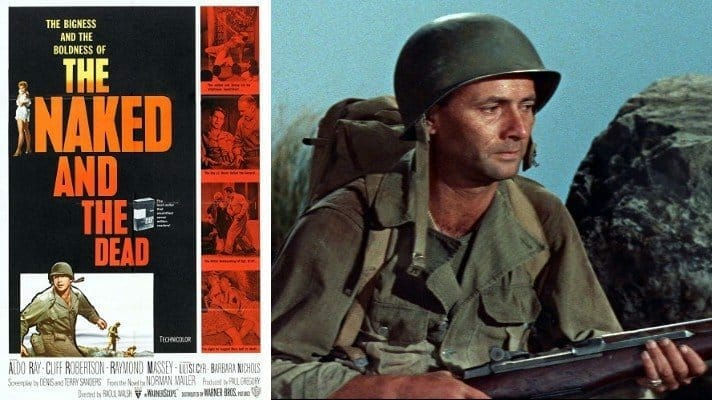 Plaintiff was the author of the novel “The Naked and the Dead” and sold the film rights to RKO for $100,000 and approximately 12½% of any profits which might be realized from the movie.  The agreement also contained a reversionary clause which is the subject of this action, where the rights would revert back to the plaintiff if the production of ‘The Naked and the Dead’ is not completed within three (3) years and six (6) months from the date of all rights transferred and assigned.  Since the agreement was dated October 14, 1954 the critical date for the production of the completed feature length photoplay, under this agreement, was April 14, 1958.

‘The Naked and the Dead’ completed principle photography on February 10, 1958.  Plaintiff filed this lawsuit because the filmmakers and the studio were tinkering with the movie after the April 14, 1958 date — including finishing the music score and reworking a few scenes that the MPAA objected to.  On April 23, 1958 plaintiff gave written notice to the defendants of his claim that production of the completed photoplay of feature length based upon his novel had not been completed by April 14, 1958 and that he claimed a reversion of all the rights. Nevertheless the defendants continued to distribute the picture.

Warner was to be in charge of distribution within the United States. On March 7, 1958 Warner and RKO had agreed upon a release date to the public which was set for August 9, 1958. On this date it was released nationally by Warner. There was no delay in the timetable for distribution. The movie was released on schedule. It was shown in many theaters and plaintiff has been entitled to receive his share of the profits therefrom. The picture was not a great financial success considering its cost of production. It had cost $1,845,379 to produce. The issue in the case has been stated to be whether there was a completed motion picture on April 14, 1958.

Judgment: The Court concludes that within the meaning of the agreement of October 14, 1954, production of a feature length photoplay based upon the novel was completed within three years and six months from the date thereof, and that the rights under the agreement have not reverted to the plaintiff.  The Court concludes that judgment shall be entered for the defendants, together with their costs, disbursements and counsel fees.

The Naked and the Dead lawsuit