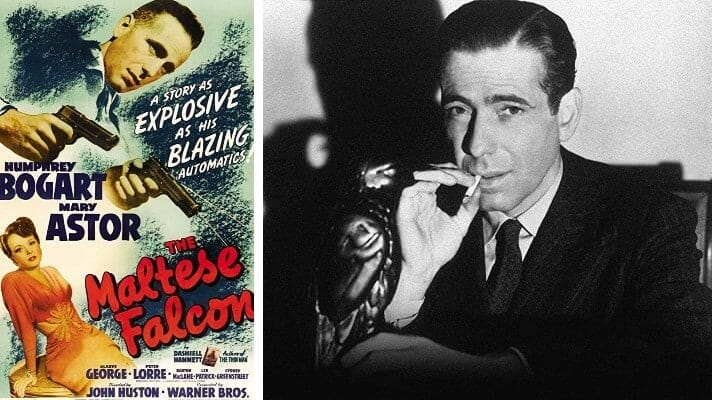 Appellant, Dashiell Hammett, is the author of a detective story called “The Maltese Falcon.” On June 23, 1930, Hammett entered into a contract conveying to Warner Bros. Pictures, Inc., extensive rights in the copyrighted material, including exclusive motion picture and radio rights.

The principal character of “The Maltese Falcon” in both the published and the motion picture versions thus far produced is a private detective, “Sam Spade.” Since the publication of “The Maltese Falcon,” Hammett has written other stories in which “Sam Spade” has been the principal character and these stories have been collected and published under the title, “The Adventures of Sam Spade and other stories by Dashiell Hammett.”

On May 15, 1946, Hammett assigned to other parties the exclusive right to the use in radio, television, motion pictures and other media of the name “Sam Spade” and the title, “The Adventures of Sam Spade” in connection with original material to be written by others. Subsequently, since about July, 1946, these assignees and their successors have produced a weekly radio show called “Adventures of Sam Spade,” the principal character of which has been named and modeled after Hammett’s detective.

Warner Bros then launched this lawsuit, charged that the radio dramas in the series, “The Adventures of Sam Spade” constituted infringement of copyright of, and unfair competition with the motion picture called “The Maltese Falcon.”

Judgment: The plaintiffs-appellants take nothing, and that defendants-appellees recover their costs.