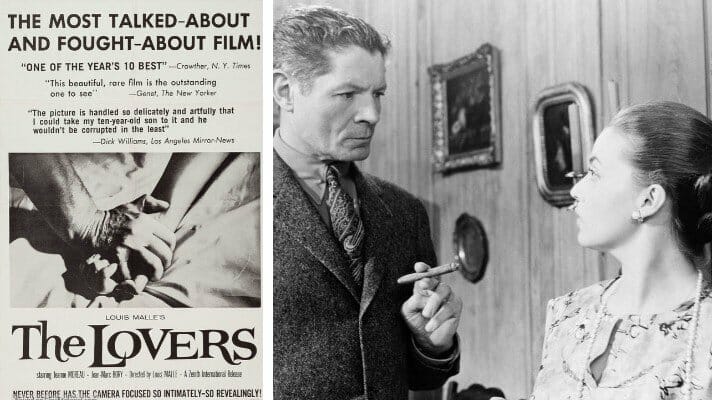 Nico Jacobellis, manager of a motion picture theater in Cleveland Heights, Ohio, was convicted on two counts of possessing and exhibiting an obscene film entitled ‘The Lovers’ [aka. Les amants] directed by Louis Malle.  He was fined $500 on the first count and $2,000 on the second, and was sentenced to the workhouse if the fines were not paid. His conviction, by a court of three judges upon waiver of trial by jury, was affirmed by an intermediate appellate court and by the Supreme Court of Ohio.

The dispositive question is whether the state courts properly found that the motion picture involved a French film called “Les Amants” (“The Lovers”), was obscene and hence not entitled to the protection for free expression that is guaranteed by the First and Fourteenth Amendments.

There is an explicit love scene in the last reel of the film, and the State’s objections are based almost entirely upon that scene.

Judgment: We conclude that the film is not obscene and that the judgment must accordingly be reversed.