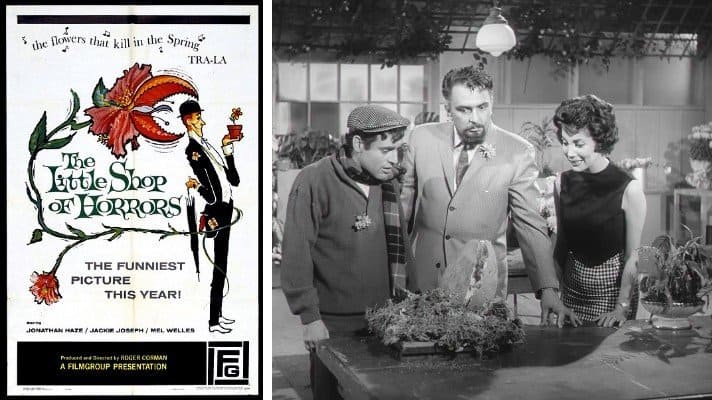 At the core of the present dispute is an original screenplay entitled “The Little Shop of Horrors,” authored by Charles Byron Griffith in 1959.

In 1960, a motion picture entitled “The Little Shop of Horrors” was produced, based on the Screenplay.  The Screenplay was registered for copyright protection in 1982, pursuant to an application indicating that it was an unpublished work. The copyright in the Screenplay was assigned jointly to Griffith and Millennium Films, Inc., which was successor-in-interest to New World Pictures, Inc., the original owner of the Motion Picture. The Motion Picture itself was registered for copyright protection in 1985, and its registration stated the Film’s date of first publication as January 5, 1960. The copyright in the Motion Picture was assigned to Millennium. Concorde is a successor-in-interest to Millennium and has “all of Millennium’s rights, if any,” in the Film “and Millennium’s rights, if any, in and to the underlying screenplay.”

In 1981, New World authorized the production of a musical stage play based on the Film. The Musical’s score was composed by Menken; its book and lyrics were written by Howard Ashman, who eventually assigned his rights and obligations in the book and lyrics to Shoptalk. A controversy arose in 1982 when Griffith contended that the Musical infringed his rights in the Screenplay; the dispute was settled by the 1983 Agreement.

In the 1983 Agreement, the Musical’s producers were given the rights, inter alia, to “make, write, compose,” and produce a “dramatico-musical stage play” based on the Motion Picture and the Screenplay; in return, Menken, Ashman, and the producers agreed to pay royalties. The 1983 Agreement provided that the copyright “Owner” (defined as Millennium and Griffith) would “renew or extend” the copyright in “the Work” (defined as the Motion Picture) prior to its expiration, and that if they should fail or neglect to execute or record any document required to renew or extend such copyright, and/or to confirm or effectuate the rights granted hereunder, . . .  [Menken and Ashman] shall have the right to execute or record such document, in Owner’s name as Owner’s irrevocable attorney-in-fact.

The copyright in the Film was not renewed; it expired in 1988, and the Film entered the public domain. Sometime prior to 1991, Shoptalk and Menken learned of the failure to renew, and they thereafter ceased making royalty payments to Concorde. (They continued, however, to pay royalties to Griffith.)

Plaintiffs commenced the present diversity action in 1993, asserting principally that their obligations to make royalty payments under the 1983 Agreement ended upon the expiration of Concorde’s copyright in the Motion Picture. Plaintiffs contended that, in the Agreement, Concorde agreed to renew the copyright in the Motion Picture and that the failure to do so constituted a material breach, relieving them of any further royalty obligations.

Concorde took the position that plaintiffs’ rights and obligations under the 1983 Agreement were not conditioned on the renewal of the Motion Picture copyright and that it was plaintiffs who had breached. Concorde alleged that plaintiffs had agreed to pay royalties based on “the right to prepare, produce, and publicly perform and/or display a musical play based upon and derived from the screenplay and the original motion picture”, and that by failing to pay royalties on the performance or display of “derivative works based upon the screenplay and motion picture,” plaintiffs had breached and were continuing to breach the 1983 Agreement. Concorde contended that its nonrenewal of the Motion Picture copyright gave plaintiffs the right to renew the copyright but gave them no other rights.

Judgment: We have considered all of Concorde’s arguments on these appeals and have found them to be without merit. For the reasons stated above, the judgment of the district court is affirmed insofar as it denied Concorde’s contract claims, and is vacated insofar as it upheld Concorde’s copyright claims. The matter is remanded for further proceedings to permit the district court to, inter alia, make a comparison of the two works in order to determine the extent to which the Screenplay was disclosed in the Motion Picture and hence was unprotected after Concorde failed to renew the copyright in the Motion Picture. We express no view as to the merits of the Copyright Office’s suggestion that Griffith’s failure to disclose the 1960 publication of the Motion Picture on his 1982 registration application may invalidate his 1982 registration in toto.  Costs to plaintiffs.