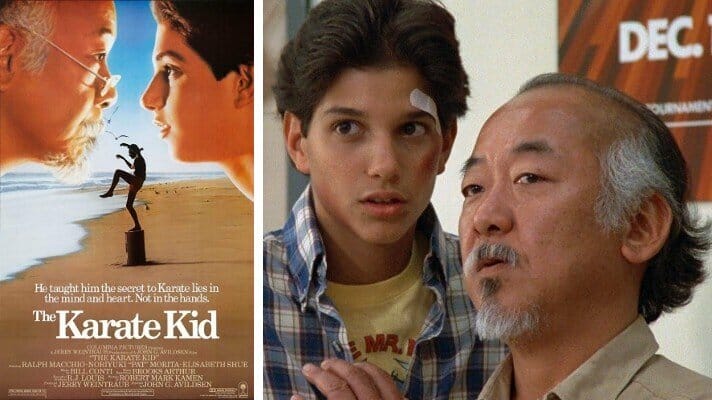 This case concerns the origin of a best selling motion picture “The Karate Kid” and its two sequels, among other interesting issues of intellectual property law. The plaintiff William J. DeClemente, claims he is the original Karate Kid, and has brought an action against the producers and distributor of the “The Karate Kid” films for service mark infringement and for violation of his right of publicity.

On March 22, 1984, Columbia Pictures Industries, Inc., not a party to this action, entered into an agreement with the defendants with respect to the motion picture “The Karate Kid.” By that agreement, Columbia allegedly acquired the universal right, in perpetuity, to use and permit others to use the name “The Flirts” in connection with the motion picture and the soundtrack album derived from it. Thereafter, Columbia allegedly released the motion picture with a soundtrack that includes a song performed by defendants and with an end credit that attributes their performance to “The Flirts.” A similar credit allegedly appears on the soundtrack album and audio cassette, which are distributed by Polygram Records, Inc. under license from Columbia.

On December 3, 1984, this Court issued a Preliminary Injunction Order, which provides in pertinent part that:

“pending final determination of this action, defendants and each of them, and their officers, agents, servants, employees, attorneys, and all others in concert or participation with any of them, on behalf of any of them, in privity with any of them, or acting under authority or license granted by any of them who receive actual notice of this order by personal service or otherwise, be and hereby are preliminarily enjoined from … using the name “The Flirts” … in connection with any entertainment services or entertainment products.”

Columbia now moves to suspend and modify the Order so as to exclude from its scope the distribution and exploitation of the motion picture “The Karate Kid” and the soundtrack album in any medium using any device, including, but not limited to, theatrical exhibition, video disc, video cassette, phonograph record, audio cassette, and compact disc.

Judgment: The question remains whether the language of the Order should be made to conform to that of Rule 65(d). While an injunction is not invalid simply because its terms purport to broaden its scope beyond that defined in the Rules, there is no justification for using such terms when, as it appears in this case, the only effect they are likely to have is to threaten those who are not subject to the command of the Court. Accordingly, the first full paragraph on page two of the Order dated December 3, 1984 is modified by deleting the phrase “or acting under authority or license granted by any of them.” Also, defendants’ application to increase the amount of plaintiffs’ bond is denied. Any injury they may sustain if Columbia were held to be bound by the Order is speculative in view of the foregoing.

The American Federation of Musicians of the United States and Canada asserts that Columbia recycled 59 seconds of the music score from the theatrical motion picture The Karate Kid and used the prohibited music in Season 3, Episode 17 (titled “She Got Game Night”) of the television show Happy Endings.
music columbia lawsuit1