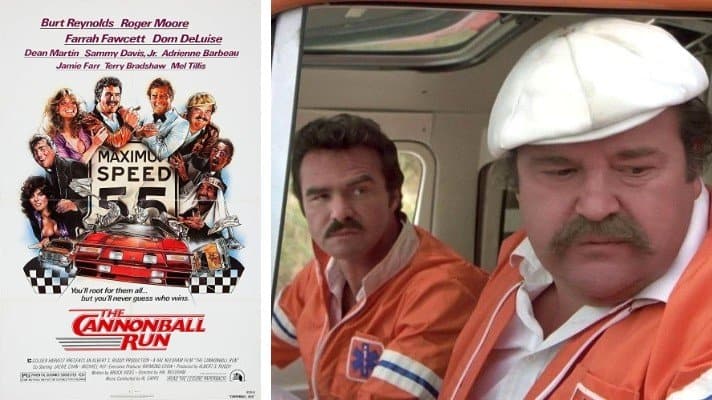 Plaintiff sued defendants Hal Needham (Needham) and Stuntman, Inc. (Stuntman) for catastrophic injuries she received when an automobile in which she was riding collided with a van during the filming of the movie “Cannonball Run.” The vehicle in which plaintiff was riding had no seat belts. The jury assessed the injury as worth $7 million. It found both defendants liable in negligence but also found plaintiff contributorily negligent to the extent of 35 percent. The trial judge offset the damages by plaintiff’s 35 percent contributory negligence and by amounts previously awarded under settlements with other defendants not party to this action (e.g., Cannonball Productions, Inc.) and gave judgment to plaintiff in the amount of $0.00. All three parties have appealed.

The Stunt and Accident: When the sports car was delivered to the movie set, the stunt driver, James Nickerson, found it had defective steering, bald tires, and a malfunctioning clutch. Another car had to push it to get it started and then it would not surpass eight miles per hour. Needham had to delay filming of the stunt while the car was repaired. Whether or not the vehicle was in fact fully repaired was disputed at trial. Nickerson also informed Needham about the lack of seat belts and requested that seat belts be installed. They were not. After some repairs, Nickerson and stunt coordinator Bobby Bass gave it a test drive.

What may be referred to as the stunt was actually the second of two “takes.” Plaintiff, as passenger, was to assist a special effects man who was to operate a smoke machine placed behind the car’s bucket seats. She was not included in the conversations Needham held with the stunt drivers when he discussed his plans for the stunt.

In the first take, the driver, Nickerson, drove the Aston-Martin southbound on a highway so as to encounter five northbound cars driven by other stunt drivers. One of these cars was the Ford van with which the Aston-Martin collided in the second take. In the first take, the Aston-Martin, as planned, cut across the front of this opposing traffic and onto the opposite shoulder, passed the oncoming cars, and then returned to the highway, continuing south. The camera operators were using their lenses to create the illusion that the vehicles were passing closer together than they actually were. This maneuver was performed without incident and plaintiff thought the sports car operated perfectly.

Dissatisfied with the effect filmed in the first take, Needham decided to try again. The second take began about 30 minutes after the first one had ended. Before the second take began, Needham told the stunt drivers to “pick … up” the pace. Needham wanted the Aston-Martin to weave in and out of the oncoming cars in serpentine fashion. He also told Nickerson to double the speed. An escape route was planned which required Nickerson to turn to the right. No one informed plaintiff that the second take would be different from the first stunt maneuver. During this second take, the Aston-Martin traveled at approximately 50 miles per hour. Nickerson saw that a collision with the Ford van was imminent but was unable either to take the escape route or to avoid collision with the van. As the result of the collision, both Nickerson and plaintiff were hospitalized. Plaintiff was permanently and totally paralyzed from the neck down.

Judgment: The judgment is affirmed. Each party is to bear its own costs on appeal.

In August 1979, Interstate issued an excess insurance policy to Stuntman, the company providing stunt services for the producers of the film “Cannonball Run.” The policy provided coverage in the event that Stuntman’s liabilities exceeded certain primary insurance coverage or benefits. In June 1980, Heidi Von Beltz, a stuntwoman working on the film, was involved in an accident that left her a quadriplegic. Von Beltz sued Stuntman and others for the injuries she sustained. A jury trial culminated in a $7 million damages award. The verdict was reduced to approximately $4.6 million as a result of Von Beltz’ contributory negligence.

That result is being appealed, so the possibility remains that liability could exceed primary insurance coverage or benefits. Interstate subsequently filed a complaint in federal district court seeking a declaratory judgment that even if Von Beltz’ recovery exceeded the primary insurance or benefits, it had no duty to indemnify or to defend Stuntman under the policy. Interstate’s claim was based on an exclusion in the policy for bodily injury to performers