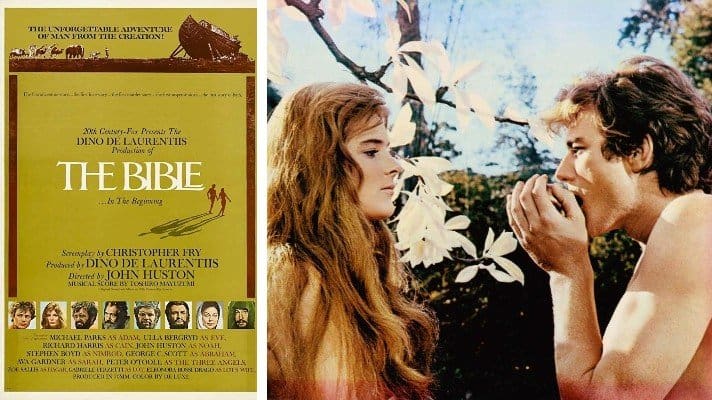 Appellant is the owner of a 70mm process for filming and showing motion pictures with the use of a single projector on a deeply curved wide theatre screen called the D-150 process. Appellant furnished its filming equipment to Dino de Laurentiis, a producer, for the filming of ‘The Bible: In the Beginning…’ under an agreement which the appellant contends requires the roadshow showing of the movie in the major United States and European theatres only in the D-150 process, with limited stated exceptions, the producer to pay rental plus royalties.

For reasons which are in dispute, the producer fell behind on the equipment rental payments and brought this action in the state court for interpretation of the contract to forestall repossession of the equipment before completion of the picture. Appellant counterclaimed for performance of the agreement and injunction against showing other than in the D-150 process.

The picture has since been completed and is scheduled to open September 28 in New York, in ordinary 70 mm. projection. (The filming equipment used is “compatible” — that is, the picture may be projected either in D-150 or ordinary 70 mm.)  D-150 seeks to prevent the exhibition of ‘The Bible: In the Beginning…’ in the other formats.

Judgment: We do not pass on the ultimate questions for trial, and while on full development of the facts on plenary trial either party may prevail, movant’s claim of a contract has substantial support in the affidavits on file and in plaintiff’s own pleadings before its change of counsel and its resultant change of analysis of its legal position and its consequent denial that any contract existed. On the record before us we conclude that there is a sufficient showing of probable success on trial and of possible and likely irreparable injury to appellant, and a lack of likelihood of irreparable injury to plaintiff if the preliminary injunction is granted. We reverse the denial of injunction pendente lite and have ordered its issuance on the filing by appellant of sufficient bond with surety.