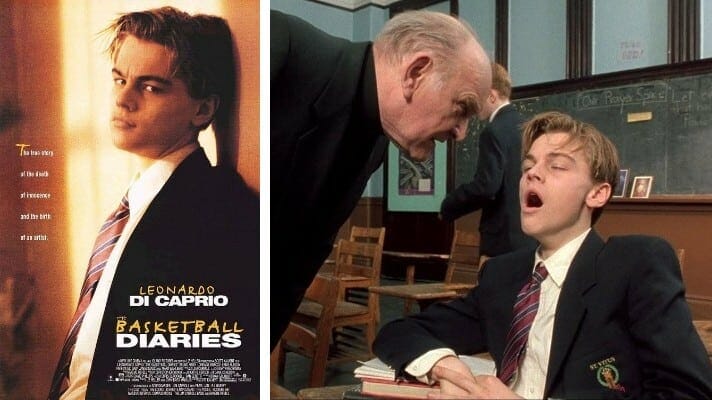 Plaintiffs allege that Columbine High School mass murderers Dylan Klebold and Eric Harris owned the film “The Basketball Diaries” in which “a student massacres his classmates with a shotgun.” According to Plaintiffs, “but for the actions of the Video Game Defendants and the Movie Defendants, in conjunction with the acts of the other defendants herein, the multiple killings at Columbine High School would not have occurred.”

According to Plaintiffs, in “The Basketball Diaries, the protagonist inexplicably guns down his teacher and some of his classmates in cold blood, among other acts of gratuitous violence.”  Purportedly, this had the effect of “harmfully influencing impressionable minors such as Harris and Klebold and of thereby causing the shootings.”

On December 1, 1997, Michael Carneal walked into the lobby of Heath High School in Paducah, Kentucky, and shot several of his fellow students, killing three and wounding many others.  According to James’s complaint, Carneal regularly played video games, watched movies, and viewed internet sites produced by the defendant firms. These activities, James argues, “desensitized” Carneal to violence and “caused” him to kill the students of Heath High School.

Carneal possessed a video tape containing the movie, “The Basketball Diaries,” in a few minutes of which the high-school-student protagonist dreams of killing his teacher and several of his fellow classmates.  James alleged that the defendants had been negligent in that they either knew or should have known that the distribution of their material to Carneal and other young people created an unreasonable risk of harm to others. James alleged that exposure to the defendants’ material made young people insensitive to violence and more likely to commit violent acts.  But for Carneal’s steady diet of the defendants’ material, James contended, Carneal would not have committed his violent acts.

Judgment: Plaintiff’s claims are Dismissed in their entirety.