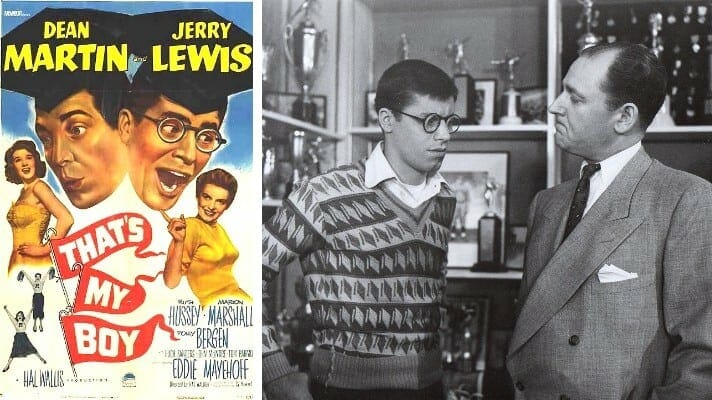 Motion for a preliminary injunction enjoining the defendants, Paramount Pictures Corporation and Wallis-Hazen, Incorporated, during the pendency of this action, from displaying or showing to the public generally the motion picture production entitled “That’s My Boy.”  Defendants have an investment in this picture in excess of $1,250,000.

The plaintiff is the author of a short story entitled “That’s My Boy”, which was copyrighted in the name of plaintiff in the office of the Register of Copyrights in Washington, D. C., and was published in Liberty Magazine on November 23, 1946, and again in 1947 in a book entitled “Teen-Age Sport Stories”, and again in 1951 in a book entitled “Treasure Chest of Sport Stories”.  The plaintiff claims that he has a property right in the title of which he is being deprived by the showing of the picture of the same title.