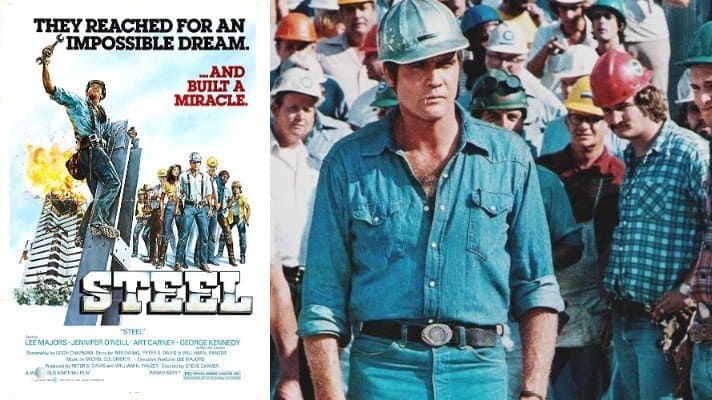 This is a tax dispute case involving the investors who funded the 1979 movie ‘Steel’ starring Lee Majors, Art Carney and George Kennedy.  The case from the tax court lists the actual financial information pertaining to the movie — including the budget, revenue that the film earned and the amount of revenue the film would have to earn in order to make a profit.  Below is a brief breakdown of the expenses related to ‘Steel’:

The movie would have to generate gross receipts of $15,000,000 for the investors to earn a profit.

In an agreement made as of June 9, 1978, granted the National Broadcasting Company, Inc. (“NBC”), the right to telecast STEEL for two runs. The agreement required NBC to pay $1,200,000

Read the full court report below for further information.
steel 1979