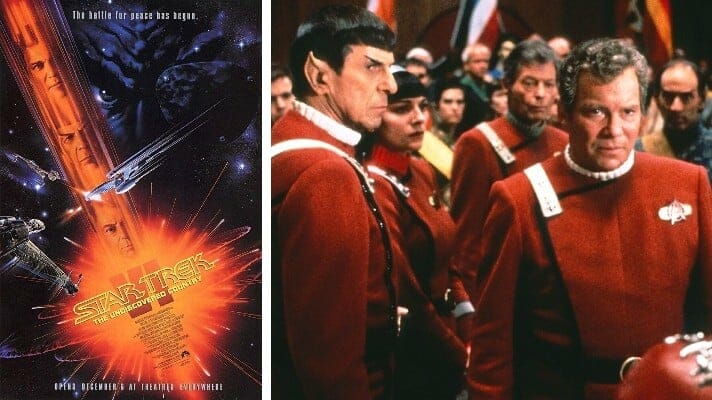 In June 1983, at age 22, plaintiff Samuel Segal submitted a screenplay to an executive at Paramount Pictures Corporation. Before sending the screenplay to Paramount, Segal had registered his screenplay with the United States Copyright Office. Segal’s screenplay was entitled Star Trek IV: Inside the Klingon Empire. At the time of Segal’s submission, Paramount’s latest release in the series was the 1982 motion picture sequel, Star Trek II: The Wrath of Khan. Segal has never been an employee of Paramount; he has never had any contractual relationship with Paramount; and Paramount has never solicited any submissions from him. Segal, nonetheless, hoped that Paramount would read his screenplay and offer to produce a motion picture based on this script.

Instead, Paramount returned the screenplay to Segal in July 1983, explaining that the studio was in the process of developing its own Star Trek IV movie and that Paramount could not consider his screenplay. Paramount subsequently released the third installment of the motion picture series, Star Trek III: The Search for Spock, in 1984. In 1986, the studio released Star Trek IV: The Voyage Home, followed by Star Trek V: The Final Frontier in 1989 and Star Trek VI: The Undiscovered Country in 1991.

In 1992, Segal initiated this action, alleging that Paramount’s 1991 release of Star Trek VI: The Undiscovered Country infringed his copyright on the screenplay Star Trek IV: Inside the Klingon Empire which he had submitted to Paramount in 1983. Segal joined four individual defendants in the infringement suit: Leonard Nimoy, a lead actor, executive producer, and developer of The Undiscovered Country; Nicholas Meyer, the movie’s director and one of its writers and developers; Denny Martin Flinn, one of the movie’s writers; and Ralph Winter, a producer of the movie.

Judgment: It is hereby ORDERED that defendants’ Motion for Summary Judgment is GRANTED, and this case shall be marked CLOSED.