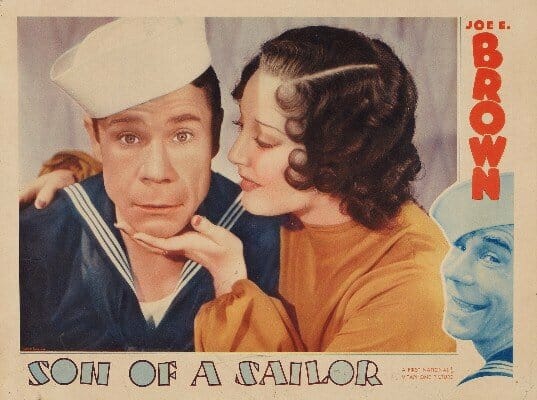 In April or May of 1932 the plaintiff wrote a story entitled “When Homer Comes Marching Home,” which, on August 2, 1932, he submitted to Warner Brothers Pictures, Inc. He told Deakin, the Warner representative, that he thought it was suited particularly for the talents of the defendant Joe E. Brown, an actor. The defendant Warner Brothers thereafter rejected the story and returned the manuscript.

Plaintiff claims that his story was then used to create the movie ‘Son of a Sailor’ starring Joe E. Brown.

This action is for an injunction and accounting of profits and damages resulting from the alleged infringement of the plaintiff’s literary property, the uncopyrighted story ‘When Homer Comes Marching Home’.

Judgment: The complaint will be dismissed.

Son of a Sailor lawsuit