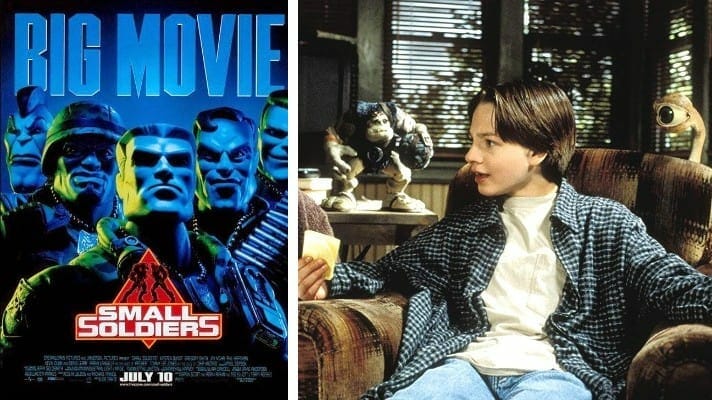 Plaintiff Spinello had sent his screenplay “Adrian and the Toy People” to Amblin in 1990, which was rejected.  In April 1992, Daily Variety announced that Amblin and Universal had purchased a script from Gavin Scott, a British screenwriter, entitled “Small Soldiers,” a “fantasy adventure about a young boy’s escapades with an army of toy soldiers who come to life.” Based solely on this article, Spinello concluded “Small Soldiers” was based on his idea.

He therefore sued Amblin, Spielberg and Universal, alleging breach of contract and a variety of tort theories (intentional interference with prospective economic advantage, conversion, breach of an implied covenant of good faith and fair dealing, breach of confidence and fraud), all based on the same claim — that the defendants had unlawfully used “Spinello’s novel script and ideas for a possible major motion picture.”

Judgment: Plaintiff’s claims are rejected.  Amblin is awarded its costs of appeal.