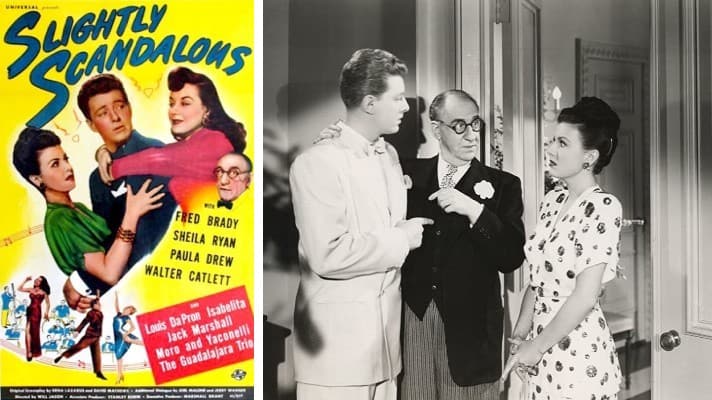 Frederick Jackson, the author of a play which was not a theatrical success, sued to recover damages assertedly resulting from the unauthorized use of its title.  Plaintiff’s play was entitled Slightly Scandalous and launched this lawsuit when Universal opted to change the title of their upcoming motion picture “Oh Say Can You Sing” to “Slightly Scandalous.”

The attorneys for Universal were notified by Jackson’s attorney that his client would sue for damages if the title to his play were used.

Jackson does not claim that there is any similarity whatever between the picture and the play. He bases his cause of action entirely upon the use of the title.

Judgment: In favor of Universal.