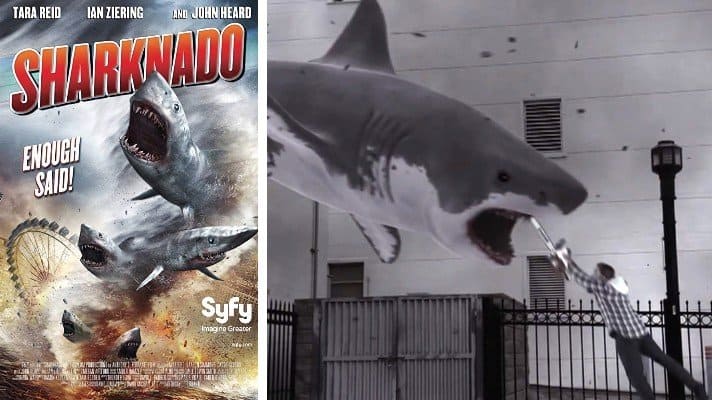 The original ‘Sharknado’ movie was released in 2013 followed by five sequels. The most recent, Sharknado 6 was released in August of 2018. Plaintiff Tara Reid has played the role of April Wexler in each of the films, all of which have been produced by Defendant Asylum Entertainment, LLC. and published by SYFY Media Productions, LLC.

Due to the success of the ‘Sharknado’ series, Plaintiffs are informed and believe that sometime following the release of ‘Sharknado 5’ in 2017, Defendants Asylum and Syfy entered into marketing agreements with Defendant Aristocrat, a manufacturer of slot machines and video gambling products, to manufacture ‘Sharknado’ video slot machines. These slot machines prominently feature the likeness of Tara Reid.

Plaintiffs are informed and believe that Defendants Asylum, SyFy, and Aristocrat have realized millions of dollars in profits, the exact amount of which is not presently known by Plaintiffs, from the marketing, sale, lease, and distribution of ‘Sharknado’ slot machines bearing the likeness of Plaintiff Tara Reid.

This is an action for preliminary and permanent injunctive relief and damages arising from Defendants’ having misappropriated the likeness and image of Tara Reid, a famous actress, for a commercial purpose without her consent.

Judgment: More than 90 days have passed since the complaint in this case was filed, and Plaintiff has not filed a proof of service for at least one defendant. Therefore, Plaintiff is ordered to show cause no later than March 27, 2019 why the unserved defendant(s) should not be dismissed for failure to prosecute. [Tara Reid dropped the complaint]