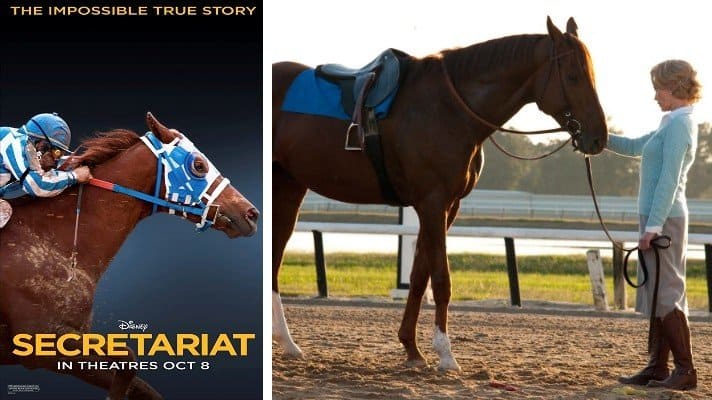 Walt Disney Pictures was a producer of “Secretariat”, which had a theatrical release date of October 8, 2010. Defendants have asserted that “Secretariat” included depictions of horse races from the early 1970s that were originally “called” by race announcer Chic Anderson, in violation of Chic Anderson’s rights.

In early 2011, Disney released home-entertainment versions of “Secretariat”, including in DVD and Blu-ray formats. Bonus materials to the DVD and Blu-ray releases include video clips from certain historical horse races from the early 1970s. Defendants have asserted that those video clips contain recordings of Chic Anderson’s original “calls,” in violation of his rights. According to plaintiffs, the video clips were licensed from the copyright owner, CBS Broadcasting Inc., through its licensing agent. Plaintiffs allege that for more than two years defendants have been asserting rights of publicity and/or copyright on behalf of Chic Anderson.

Plaintiffs allege that Chic Anderson died on March 24, 1979 in Commack, New York, where he was domiciled at the time of his death. Plaintiffs request a judgment declaring that defendants have no enforceable claims against plaintiffs, including under United States copyright laws and New York right of privacy laws.

Judgment: Defendants’ motion to dismiss is denied without prejudice to renewal following jurisdictional discovery. Plaintiffs shall serve a copy this Memorandum and Order on the defendants, with proof of service to be filed with the Court.