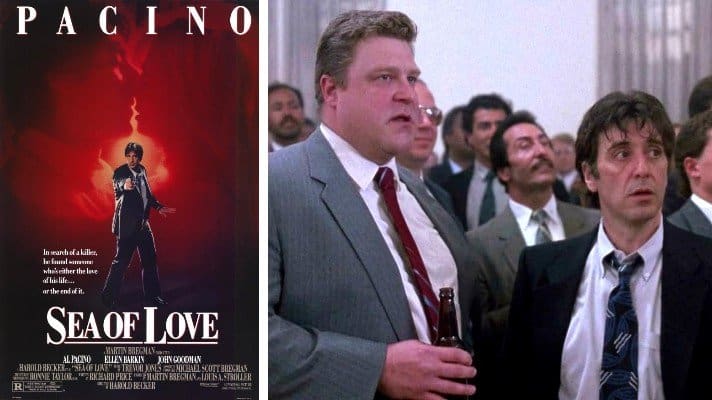 Plaintiff Pamela Preston asserts that she was shown in the movie “Sea of Love” without her consent.  Plaintiff contends that she appears in a scene shown during the film’s opening credits. That “title sequence” presents a series of night scenes in New York City showing (in order of appearance) the Brooklyn Bridge, an aerial view of Manhattan, Times Square, a newsstand, a hot dog stand, an X-rated movie theater, two prostitutes (of which plaintiff says she is one) soliciting along a row of cars, a restaurant, and finally another restaurant.

That portion of the film was taken from a moving vehicle in low light, and shows a woman “scantily dressed, showing her full face and entire body as she walks on the public street in the City of New York.”  It lasts approximately nine seconds and the face of the woman is visible for about 4½ seconds.

Plaintiff contends that “Sea of Love” “depicts aspects of life in New York City which includes promiscuous sex, loneliness, deception and their interaction in the lives of the characters.”  She asserts that the title sequence establishes the theme for the motion picture.  Neither plaintiff nor anything regarding prostitution appears later in the film. Plaintiff alleges that defendants intentionally and surreptitiously filmed her, causing her mental anguish and emotional distress. She asserts claims under New York’s Civil Rights Law, as well as for conversion and intentional infliction of emotional distress.

Judgment: Defendants’ motion for summary judgment is granted. The clerk of the court is directed to dismiss the complaint.