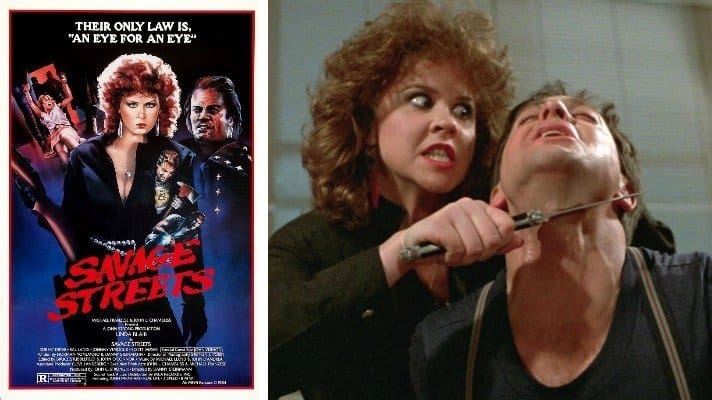 In 1984, the film Savage Streets, the subject of this litigation, was completed. The film, directed by Danny Steinmann, starred Linda Blair and featured numerous additional famous performers including but not limited to John Vernon, Robert Dryer, Sal Landi, and Linnea Quigley. The film has become a “cult classic.”

Savage Streets was produced by Ginso Investment Corp. which subsequently changed its name to Savage Streets Productions, Inc. (“SSP”). Plaintiff is informed and believes, and thereupon alleges that at all times relevant hereto, SSP complied in all respects with the Copyright Act and secured the exclusive rights and privileges under copyright in and to Savage Streets.

On or about September 1, 1984, SSP transferred all rights, title and interest, including the copyrights, in and to Savage Streets to Motion Picture Marketing, Inc.

On or about November 20, 2007, MPM transferred all rights, title and interest, including the copyrights, in and to Savage Streets to Plaintiff Bryanston Distributors, Inc.

In or about June 2013, Plaintiff became aware that Defendants Cinefamily were advertising, and selling tickets to, a late night public screening of Savage Streets. Plaintiff had not licensed Defendants, or any of them, the rights to publicly perform Savage Streets, nor provided a print of the film for projection.  Defendants’ actions allegedly constitute an intentional and wilful infringement of the Savage Streets copyrights, and Plaintiff’s exclusive rights therein.