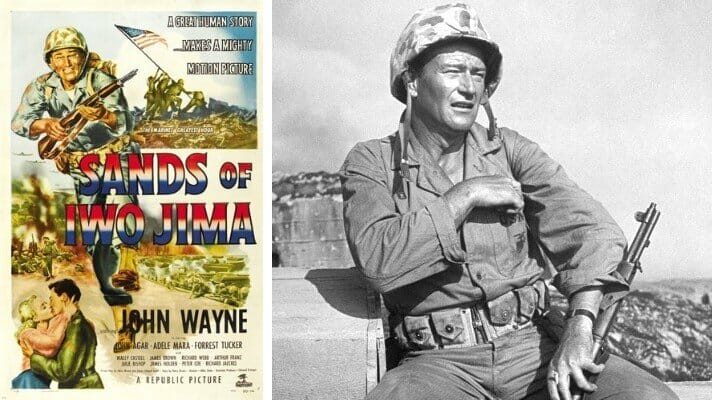 The complaint alleged that the plaintiff Louis B. Stryker, as a member of the Marine Corps, participated in the invasion and occupation of Iwo Jima in 1945 against the Japanese who at the time held the island; that at that time the plaintiff was a staff sergeant and was generally known among the invading forces as “Sergeant Stryker.”

The complaint goes on to aver that subsequent thereto, in the year 1949, the defendant produced a motion picture play entitled the “Sands of Iwo Jima” which it caused to be exhibited throughout the United States and elsewhere for defendants’ personal gain; that the picture depicts in part actual facts and occurrences, and in part is based on fiction; that the picture reenacts and depicts certain incidents, circumstances and conditions encountered by the plaintiff Stryker, while he was serving as an enlisted man in the Marine Corps in its campaigns against the Japanese Army in World War II on the islands of Iwo Jima and Guadalcanal; that the defendants advertised that the motion picture reenacted certain incidents of the life and activities of the plaintiff.

The complaint proceeds to allege that the defendants did not consult with the plaintiff or at any time seek or obtain his consent or permission to use any portion of his past life, activities or name as a theme for publication or exploitation; that at no time had plaintiff given his consent to defendants, or any other persons, to use his past life, activities or name as a plot for the said or any other motion picture photoplay; that as a direct result of the unauthorized and wrongful producing, showing and exhibiting of said motion picture photoplay, and the consequent violation of the right of privacy of the plaintiff, the said plaintiff has been damaged in the amount of $150,000.
Sands of Iwo Jima lawsuit