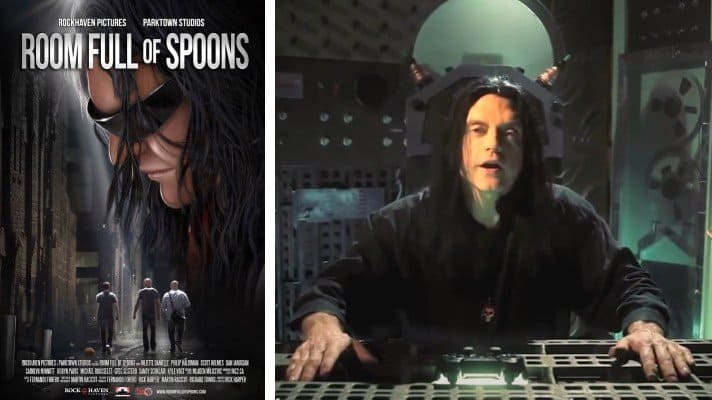 In June 2003, the plaintiffs, Tommy Wiseau and Wiseau Studio, LLC, released a feature film called ‘The Room’. It was a box office flop and received terrible reviews.

Despite these reviews, or perhaps because of them, the film developed a cult-like status. Tommy Wiseau, who wrote, produced, directed and starred in The Room, has become somewhat of a celebrity, often attending screenings to promote the film, meet with fans, engage in question and answer sessions, and sell merchandise related to the film.

A documentary film called ‘Room Full of Spoons’ was made about The Room, however, which gives rise to this lawsuit. In 2010, the defendant, Richard Harper became a fan of the film after attending a screening in Ottawa. In 2011, together with his friends and fellow defendants, Fernando Forero McGrath and Martin Racicot, Harper sponsored a screening of The Room in Ottawa, which included an appearance by Wiseau. Harper and his friends hit it off with Wiseau, and after spending time with him in Ottawa and Toronto, and with Wiseau’s encouragement, they decided to create a documentary about The Room and its fans. However, not long after, Wiseau said he was no longer interested in participating in it.

Over the next few years, Harper, Forero McGrath and Racicot worked on the documentary, investing their own money and raising money through a crowdfunding website called Kickstarter. The documentary, entitled Room Full of Spoons, was completed in January 2016. It tells Richard Harper’s story of his interest in The Room and in Tommy Wiseau, how the film was made and reactions to it. It includes interviews with many members of the cast and crew, fans, film professors, critics, and others. The documentary also addresses questions about how The Room was funded and Wiseau’s background – including where he was born and how old he is – questions about which Wiseau is secretive.

In 2015, Harper had tried to negotiate a licence agreement with Wiseau, as the documentary includes many clips from The Room. No agreement was reached, mainly because Wiseau wanted editorial control over Room Full of Spoons, and the defendants decided to proceed without an agreement. Wiseau, even before seeing the documentary, then began a campaign to denounce the documentary, accusing the defendants on social media of copyright infringement and illegal downloading, and sending letters to potential exhibitors of Room Full of Spoons threatening litigation. This resulted in many cancelled screenings, including a planned North American tour to 25 cities and to cities in Australia, Poland and the United Kingdom.

Nevertheless, in 2016 and early 2017 the defendants were able to arrange showings of the documentary at some film festivals in North America and Europe, and it received positive reviews. The defendants, who had now been joined in their project by the defendant Richard Towns, entered into negotiations with a California film distributor, Gravitas Ventures LLC, for a distribution agreement. The defendants also sent a copy of Roomful of Spoons to Wiseau in February 2016 in the hope that any concerns he had about the documentary would be put to rest.

Following further correspondence between Wiseau and the defendants in the spring of 2017, and an agreement by the defendants to delay release of the documentary for two weeks in early June 2017, Wiseau commenced this action by bringing an urgent motion for an injunction restraining the release and promotion of Room Full of Spoons.

The injunction was granted by Diamond J. on June 14, 2017, and was continued by Akbarali J. on June 23, 2017, who adjourned the matter to October 10, 2017, to allow the defendants time to retain counsel and prepare a response. In the action, and on the motion for the injunction, Wiseau asserted, and continues to assert, that Room Full of Spoons breaches the plaintiffs’ copyright in The Room, including Wiseau’s moral rights, and that the defendants have unlawfully invaded Wiseau’s privacy, misappropriated his personality and committed the tort of passing off.

Judgment: The plaintiffs’ claim is dismissed. The counterclaim of the defendants is granted and the plaintiffs shall pay to the defendant Room Full of Spoons Inc. US$550,000 in compensatory damages, plus CDN$200,000 in punitive damages. The defendants are entitled to their costs.