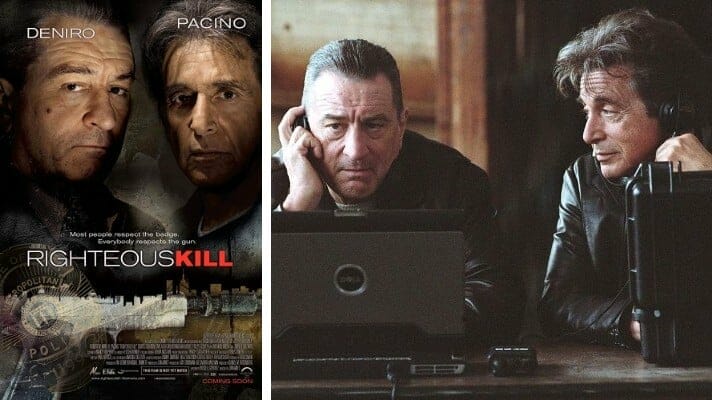 This is an action for copyright infringement, and other relief, arising out of Defendant’s deliberate, willful, and unauthorized copying, publication, dissemination, distribution, and exploitation of Plaintiff Kerry M. Vine’s manuscript entitled “A Badge of Deception” in connection with the motion picture entitled “Righteous Kill”. The Plaintiff alleges that the two Works are “strikingly similar”.

In both of the Works, the serial killer “bad-cop”, the “good-cop”, and the opposing female investigative characters impact the overall feel and flow of the Works. Additionally, the impact of the similar main female investigator characters dictate the exact plot and ending of both works. Lastly, the main “bad-guy” character’s (Roger and Spider) similarities impact the sequence of evolving events throughout both Works.  Plaintiff seeks no less than $2,000,000 in damages.