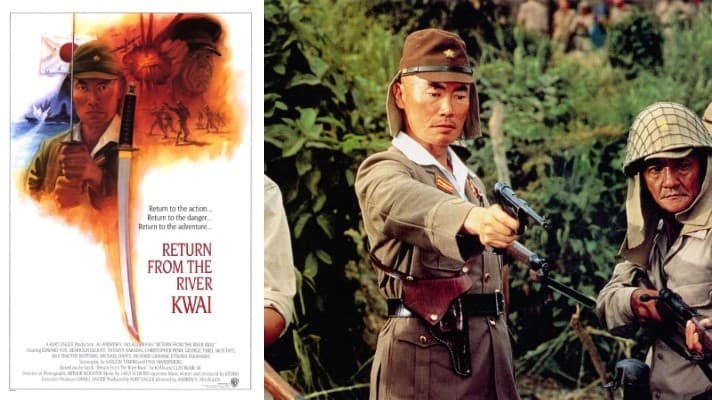 The titles of two motion pictures, “The Bridge on the River Kwai” and “Return from the River Kwai”, give rise to the conflict among the parties in this case.

Leisure Time acquired in 1978 all motion picture rights in a book entitled Return from the River Kwai. In July of 1986, Tri-Star and Leisure Time entered into the Distribution Agreement, under which Leisure Time promised to deliver Return to Tri-Star and, in turn, Tri-Star obligated itself to distribute Return in the United States and Canada.

CPII was the owner of the copyright to The Bridge on the River Kwai and objected to the title.  Leisure Time offered to change the title of the motion picture to “March from the River Kwai” and to add a disclaimer stating that the film was not a sequel to Bridge.  CPII threatened to commence litigation if the term “River Kwai” was used in the title.

Tri-Star brought a declaratory judgment action to declare the termination of the Distribution Agreement.  Leisure Time counterclaimed against Tri-Star for breach of contract in light of Tri-Star’s refusal to distribute Return from the River Kwai.  The court ruled in favor of Tri-Star.

Tri-Star now attempts to permanently enjoin Leisure Time and Unger from releasing, distributing or advertising in the United States, their produced, but unreleased, motion picture entitled “Return from the River Kwai” with that title or with any other title containing the words “River Kwai” or any other confusingly similar titles.

Judgment: Defendants Leisure Time, N.V. and Kurt Unger, and their officers, agents, servants, employees, and attorneys, and all persons in active concert and participation with them who receive actual notice of this order, are hereby permanently enjoined and restrained from releasing, distributing or advertising in the United States the produced, but unreleased, motion picture currently titled “Return from the River Kwai” with that title or under any other title containing the words “River Kwai” or under any title that is confusingly similar to “Bridge on the River Kwai” or “River Kwai.”

This copyright infringement action was brought by plaintiff, Screenlife Establishment, because of Tower Video’s sale in the United States of twenty-seven English language laser video discs of the motion picture Return from the River Kwai, which had been manufactured and distributed in Japan with Japanese subtitles and Japanese/English covers.  The film was banned for legal copyright issues in the United States and Canada.

Tower Video had acquired forty-six of the Japanese distributed disks by purchasing them for Tower Records KK, its Japanese subsidiary, and importing them into the United States. Tower Video immediately ceased selling the laser disks upon notice of Screenlife’s complaint alleging copyright infringement, and offered a permanent injunction barring it from infringing Screenlife’s United States copyright, the delivery of a remaining nineteen Return disks to Screenlife, and an award of $348 to plaintiff representing the net profit from the sale of the twenty-seven video disks. In its complaint, Screenlife also sought statutory damages.

Screenlife retained its claim for actual damages despite Tower Video’s consent to an injunction and offer of net profits.  As the case progressed, attempts at settlement of the actual damages claim failed. On March 29, 1993, Tower Video made an Offer of Judgment pursuant to Fed. R.Civ.P. 68. The Offer included defendants’ consent to the entry of an injunction barring Tower Video from importing or selling Return in the United States, the delivery of the nineteen remaining Return disks to Screenlife and an award of $4,101 (instead of the previously offered $348) in damages and costs. Plaintiff rejected the Offer. The only issue eventually litigated at trial,

Judgment: In favor of Defendant.  Screenlife is ordered to pay defendants’ costs, including reasonable attorneys’ fees, in the amount of $37,045.21. The Clerk of the Court is directed to enter judgment on the motion for costs and fees in accordance with this Opinion and Order.

Return from the River Kwai lawsuit