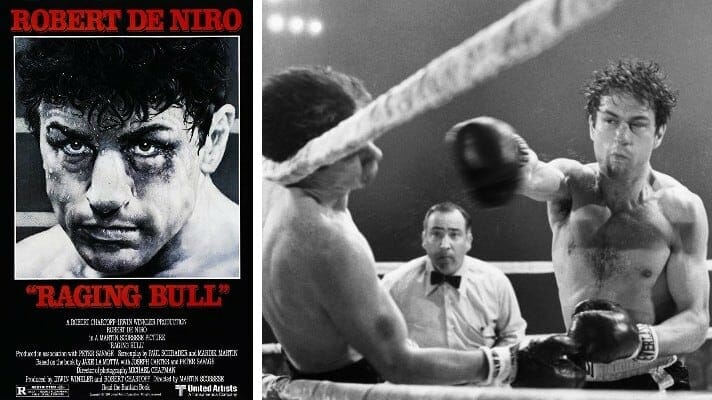 The allegedly infringing work in this case is the critically acclaimed motion picture Raging Bull, based on the life of boxing champion Jake LaMotta. After retiring from the ring, LaMotta worked with his longtime friend, Frank Petrella, to tell the story of the boxer’s career. Their venture resulted in three copyrighted works: two screenplays, one registered in 1963, the other in 1973, and a book, registered in 1970. This case centers on the screenplay registered in 1963. The registration identified Frank Petrella as sole author, but also stated that the screenplay was written “in collaboration with” LaMotta. App. 164.

In 1976, Frank Petrella and LaMotta assigned their rights in the three works, including renewal rights, to Chartoff-Winkler Productions, Inc. Two years later, respondent United Artists Corporation, a subsidiary of respondent Metro-Goldwyn-Mayer, Inc., acquired the motion picture rights to the book and both screenplays, rights stated by the parties to be “exclusiv[e] and forever, including all periods of copyright and renewals and extensions thereof.” In 1980, MGM released, and registered a copyright in, the film Raging Bull, directed by Martin Scorsese and starring Robert De Niro, who won a Best Actor Academy Award for his portrayal of LaMotta. MGM continues to market the film, and has converted it into formats unimagined in 1980, including DVD and Blu-ray.

Frank Petrella died in 1981, during the initial terms of the copyrights in the screenplays and book. As this Court’s decision in Stewart confirmed, Frank Petrella’s renewal rights reverted to his heirs, who could renew the copyrights unburdened by any assignment previously made by the author.

In 1998, seven years after filing for renewal of the copyright in the 1963 screenplay, Petrella’s attorney informed MGM that Petrella had obtained the copyright to that screenplay. Exploitation of any derivative work, including Raging Bull, the attorney asserted, infringed on the copyright now vested in Petrella. During the next two years, counsel for Petrella and MGM exchanged letters in which MGM denied the validity of the infringement claims, and Petrella repeatedly threatened to take legal action.

Some nine years later, on January 6, 2009, Petrella filed a copyright infringement suit in the United States District Court for the Central District of California. She alleged that MGM violated and continued to violate her copyright in the 1963 screenplay by using, producing, and distributing Raging Bull, a work she described as derivative of the 1963 screenplay. Petrella’s complaint sought monetary and injunctive relief. Because the statute of limitations for copyright claims requires commencement of suit “within three years after the claim accrued,” § 507(b), Petrella sought relief only for acts of infringement occurring on or after January 6, 2006. No relief, she recognizes, can be awarded for infringing acts prior to that date.

Supreme Court Judgment: The judgment of the United States Court of Appeals for the Ninth Circuit is reversed, and the case is remanded for further proceedings consistent with this opinion.

The question before this Court is whether the widow of a boxer is entitled to a portion of the profits from a motion picture containing a reenactment of one of the boxer’s fights.

Plaintiff Louise Reeves is the widow of J.R. Jimmy Reeves, a professional boxer whose career included 164 fights (150 wins and 14 losses) during the years 1933 through 1946. One of those fights, which took place at the old “Cleveland Arena” on September 24, 1941, after Jimmy Reeves turned pro, is the subject of this lawsuit. A portion of the fight is dramatized by actors Robert DeNiro (as Jake LaMotta) and Floyd Anderson (as J.R. Jimmy Reeves) in the motion picture “Raging Bull”, a biographical account of the life of boxer Jake LaMotta. The dramatization at issue totals approximately two minutes at the beginning of the feature-length film. According to Reeves’ computation, the fight scene comprises approximately 1½% of the total length of the film. Boxing records show that, in the fight in question, Reeves defeated LaMotta.

Louise and Jimmy Reeves were married from September 27, 1941 until Jimmy Reeves’ death on December 21, 1974. Louise Reeves, as the administratrix of Reeves’ estate, brings this action against United Artists Corporation, the maker of “Raging Bull”, and numerous other producers, writers and actors, including Robert DeNiro and Floyd Anderson, alleging they misappropriated the name, identity, character, ability and performance of Jimmy Reeves, thereby depriving Reeves’ estate of a property right and violating Reeves’ right of publicity. Jimmy Reeves never contracted with United Artists to receive compensation for its dramatization of his September 24, 1941 fight, nor did he enter into any contract with United Artists regarding his right of privacy.

Judgment: This Court is constrained to hold that Jimmy Reeves’ right of publicity terminated at his death and Louise Reeves’ claim as the administratrix of his estate must be dismissed.