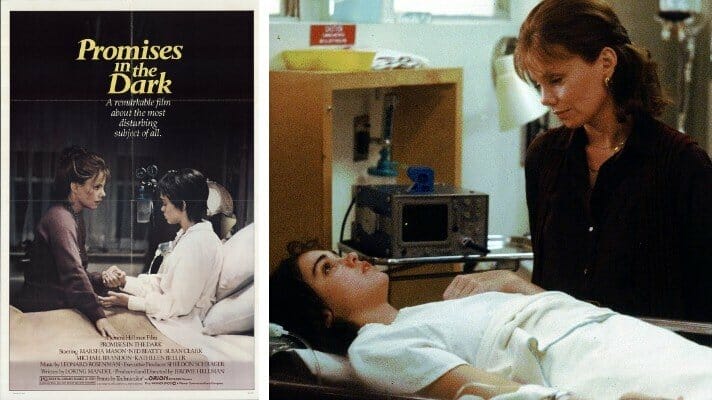 This is a tax dispute case involving the investors who lost money on the 1979 movie ‘Promises in the Dark’ starring Marsha Mason, Ned Beatty and Susan Clark.  The case from the tax court lists the actual financial information pertaining to the movie — including the budget, revenue that the film earned and the tax write off that the investors recorded.  Below is a brief breakdown of the expenses related to ‘Promises in the Dark’:

$3 million was spent on advertising and distribution costs.

Promises, which was released on November 2, 1979, was not commercially successful, although it was accorded some favorable critical reviews; its receipts totaled only $6,273,383 as of June 30, 1987.

Read the full court report below for further information.
Promises in the Dark lawsuit