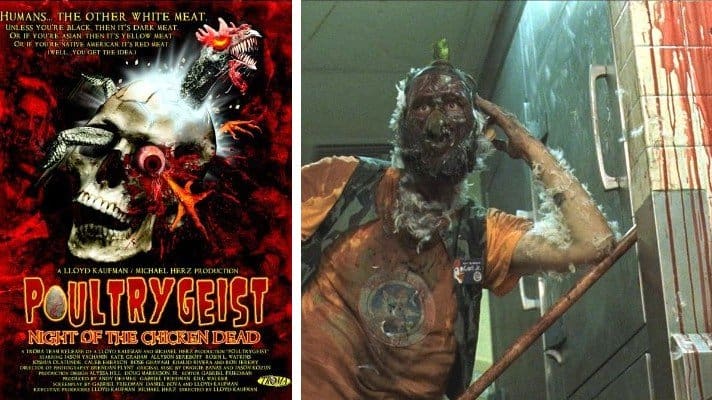 Koch Entertainment is the exclusive distributor of Troma’s mass-marketable Video Products, including DVDs, sold through all wholesale and retail channels throughout the United States. Troma has allegedly breached this exclusivity provision and the covenant of good faith and fair dealing by directly selling ‘Poultrygeist: Night of the Chicken Dead’ in DVD format to wholesalers and retailers in combination with a soundtrack CD.

In October 2009, Troma authorized one Lance Robbins to represent it in negotiations concerning the licensing of distribution rights to “Citizen Toxie: The Toxic Avenger IV” and “Poultrygeist: Night of the Chicken Dead” to a German distributor. Such authorization was supposed to lapse after thirty days if no agreement was reached. Thirty days passed with Robbins apparently unable to negotiate a deal with a German distributor. At least that was what Troma’s officers thought.

As it turned out, Robbins, in cahoots with codefendant King Brett Lauter, had, a week prior to receiving authorization, entered into a distribution license in Germany with an outfit called Intravest Beteiligungs GMBH. Troma alleges that Robbins and Lauter falsely assured Intravest that they owned the rights to the films; purchased, as any retail customer might, German-language DVD copies of the films from Amazon.com’s German website; delivered those DVDs to Intravest; and pocketed the proceeds of the agreement, without ever notifying Troma that the agreement even existed. None of these actions is alleged to have taken place in New York.

Troma learned in August 2010 that Intravest, “via pay-per-channel distribution on Silverline AG’s Movie Channels,” had been broadcasting Citizen Toxie and Poultrygeist in Germany. Troma filed suit on March 7, 2011, against Robbins, Lauter, and two entities that are no longer parties to this litigation, in the United States District Court for the Eastern District of New York. Its complaint alleges copyright infringement under federal law, and state law claims of common law fraud and tortious interference with prospective economic advantage.

Judgment: The district court concluded that plaintiff-appellant Troma Entertainment, Inc., had failed to allege such an in-state injury, and therefore dismissed its lawsuit against defendants-appellees Lance H. Robbins and King Brett Lauter for want of personal jurisdiction.