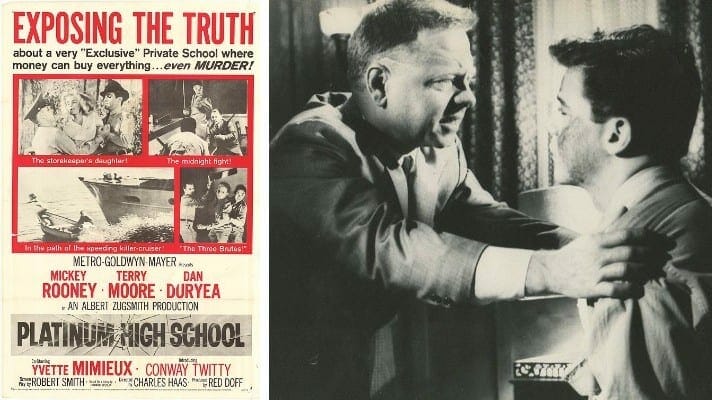 On September 25, 1959, Rooney signed a contract with MGM and Fryman Enterprises to act in the “photoplay” “Platinum High School”. The contract provided that:

“We [Fryman] further warrant and represent that our said agreement with Mr. Rooney provides that we own and are entitled to all rights of every kind and character, exclusively and perpetually in and to all of the results and proceeds of his services and that we have the perpetual right to use, and to allow others to use his name and pictures, photographs and other reproductions of his likeness, and recordations and reproductions of his voice and of the instrumental, musical and other sound effects produced by him, in and in connection with the advertising and exploitation of said photoplays.”

“I hereby acknowledge and confirm the fact that FRYMAN ENTERPRISES, INC., has the right to furnish my services as hereinabove set forth and I specifically agree for your [MGM] benefit that I will perform the services herein referred to and that, in connection with the advertising and exploitation of said photoplay, you will have the same rights in and to the results and proceeds of my services and in and to the use of my name, voice and likeness as I have heretofore granted to FRYMAN ENTERPRISES, INC.”