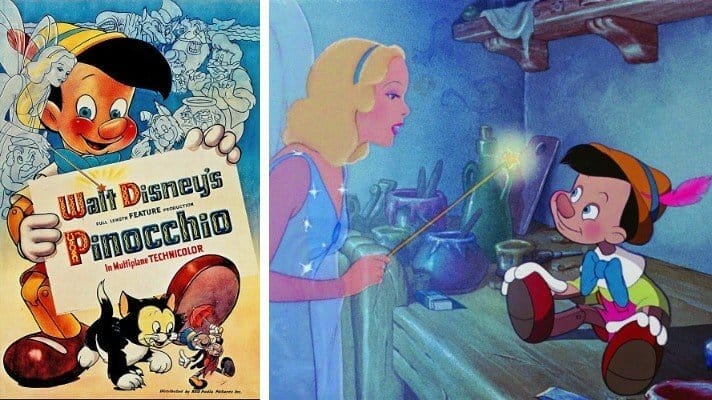 Bourne’s first claim of infringement arose from Disney’s sale of videocassette recordings featuring Bourne’s copyrighted compositions from the motion pictures “Snow White and the Seven Dwarfs” and “Pinocchio”.  Although the Compositions were written by Disney employees, Disney had assigned the copyrights in the Compositions to Irving Berlin, Inc., a music publisher and the predecessor-in-interest to Bourne, in the 1930s when the movies first were released.

Judgment: The jury found in Bourne’s favor on the second claim. In so doing, the jury rejected Disney’s argument that Bourne was estopped from asserting its interpretation of the license agreements. The parties stipulated to damages in the amount of $420,000.

Disney owns the copyrights to a fully-animated feature-length motion picture entitled “Pinocchio” and to a series of original designs and drawings of certain characters —named Pinocchio, Gepetto, and Stromboli—portrayed therein.

Filmation has begun production of a fully-animated motion picture entitled “The New Adventures of Pinocchio,” (eventually retitled: “Pinocchio and the Emperor of the Night”) which, contends Disney, utilizes a substantial amount of the aforesaid copyrighted materials. In the course of production, Filmation has produced a script, “story board,” “story reel,” models, and designs, which are said to be tangible and permanent reproductions of characters and scenes, “constituting copies of material” copyrighted by Disney.

Judgment: Defendants’ motion for summary judgment is denied. Counsel shall appear at a status conference on March 24, 1986, at 1:30 p.m. for which they shall file a current Joint Status Report in accordance with Local Rule 6.4.2.

Pinocchio and the Emperor