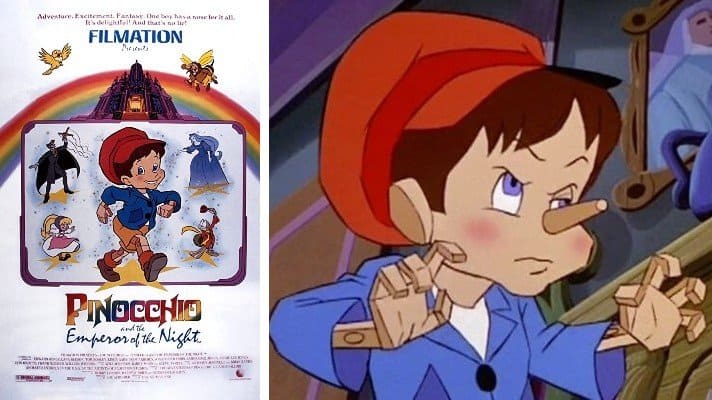 Disney owns the copyrights to a fully-animated feature-length motion picture entitled “Pinocchio” and to a series of original designs and drawings of certain characters —named Pinocchio, Gepetto, and Stromboli—portrayed therein.

Filmation has begun production of a fully-animated motion picture entitled “The New Adventures of Pinocchio,” (eventually retitled: “Pinocchio and the Emperor of the Night”) which, contends Disney, utilizes a substantial amount of the aforesaid copyrighted materials. In the course of production, Filmation has produced a script, “story board,” “story reel,” models, and designs, which are said to be tangible and permanent reproductions of characters and scenes, “constituting copies of material” copyrighted by Disney.

Judgment: Defendants’ motion for summary judgment is denied. Counsel shall appear at a status conference on March 24, 1986, at 1:30 p.m. for which they shall file a current Joint Status Report in accordance with Local Rule 6.4.2.

Pinocchio and the Emperor